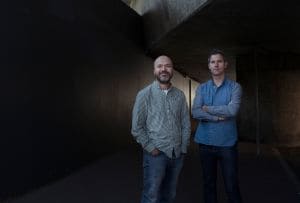 Independent creative agency Core has won the account for the Fred Hollows Foundation, after a competitive pitch.

The win will see Core create a series of new campaigns for the charity with the agency being appointed to handle all creative duties for the international development organisation, which focuses on ending avoidable blindness worldwide.

For the agency’s creative partners, Christian Finucane and Jon Skinner, it is a return to working with the business after the pair first worked with The Foundation some 17 years ago.

The Fred Hollows Foundation was established in 1992 by eye surgeon professor Fred Hollows and has helped treat and prevent blindness and other vision problems for more than two million people in Australia, the Pacific, South and South East Asia and Africa.

Core will refocus campaigns around the not-for-profit’s inspirational leader, Hollows, who continues to be an iconic Australian figure.

Finucane said: “We’re so excited to be back working with The Fred Hollows Foundation. As creative people who work in a predominantly visual business, we have always been drawn to the Foundation’s amazing sight-restoring work. We can’t wait to make another big contribution to this inspiring charity.”

The new account win comes after the agency recently picked up RSVP and Sydney Airport, as well as extending its duties with QBE Insurance, after it won the account a little over a year ago.

Skinner told AdNews it's been a solid year of winning new clients and growing the clients that they've won, but he doesn't believe the agency is doing anything different.

“We've gone out of our way to focus on what we do really well, which is brand ideas that have the legs to do to everything in every pillar, rather than trying to niche ourselves into a content company or digital company,” he said.

“Brand ideas that give clients the strength to do all the different things they need to do, is really where we get traction and that helps the organic growth of the agency,” he added.

Finucane explained that he believes a reason for the agencies success is its size and the fact it has a core number of people that are dedicated to solving problems.

“It's fair to say there was definite change in putting Jon and myself at the front of the agency, clients seem to love working straight with the creatives,” he said.

“There's always a core set of people, starting with the creatives who are working on the problem.

“It doesn’t matter if you have 200 people or 300 people in the agency, it's the four or five core people who crack it.”

The agency’s new work for Fred Hollows will launch in early 2016.

You can read more about small agencies in the latest issue of AdNews Magazine (30 October). You can get the issue right here, right now, on with your iPad or in Print.