‘Clients get the agencies they deserve’ - Maxus Worldwide CEO 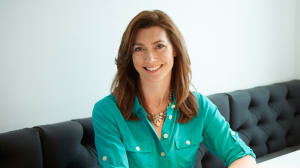 With the media landscape becoming increasingly complex every day, now is the time for agencies and clients to strengthen their relationships and trust each other more, believes Maxus Worldwide CEO Lindsay Pattison.

Pattison was speaking this week at the AANA’s Reset conference where she explained that with issues such as viewability, transparency and ad fraud plaguing the market it’s vital that agencies and clients come together to try and solve these problems. However, she outlined that now clients and agencies seem to be less open with one another.

“Isn’t it ironic that just as we need to see more of each other and trust each other more, we find ourselves doing the opposite,” she says.

“Slower economies of growth are forcing companies, especially publicly listed ones, to focus on short-term and quarterly results alongside mounting pressure to change bottom lines, paired with the fragmentation of media and audiences, coupled with the pressure of procurement to drive costs down has lead to frustration between clients and agencies alike.”

She went on to outline that these pressures can leave both sides of the fence not feeling valued or understood, but like any relationship, the more both parties put in, the more they get out.

“It’s never been truer that clients get the agencies they deserve,” she says. “The smartest clients are the ones who are willing to pay a fair fee for as many of the best people they can afford, while remaining ruthlessly locked down on the media value.”

Pattison also urged clients to be across the issues being faced by the whole ecosystem and noted, as others have before, that there needs to be more competition for Google and Facebook's dominance in the digital space adding that Verizon's acquisition of AOL would hopefully offer that.

“Agencies needs to rigorous and transparent, and I urge all brands to work with us to make sure they understand our challenges, particularly around ad viewability and measurement as were doing on our end.”

The Reset conference came as the AANA released its new guidelines on contracts, and while Pattison is in support of anything which makes it easier and more transparent, she noted that Maxus, and GroupM, would likely disagree with some of the recommendations, as it does with similar bodies overseas.

Pattison discussed GroupM’s deal with Moat, which is aiming to tackle issues such a viewability, adding that the group is now the most “compliant and transparent media company in the country.”

“It’s wise not to gloat about the issues facing Facebook, but to simply reiterate we must have third party verification, you can’t mark your own homework, and we need media and digital companies to collaborate on cross-platform measures so together we can tackle the ambiguities facing us.”