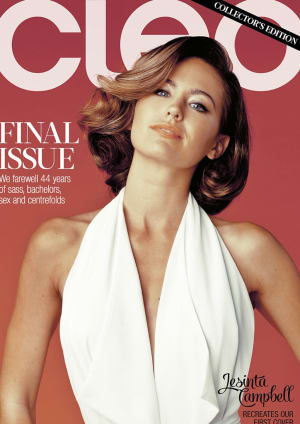 The final cover of Cleo magazine.

The final issue of Cleo magazine will hit stands on Monday after 44 years in print.

Cleo announced its closure earlier this year, saying it will invest further in Dolly and a digital-first approach.

Cleo posted a picture of the new cover to Instagram, starring model Jesinta Campbell. For the final issue Cleo has replicated its first edition from 1972 with Campbell wearing a similar white plunging gown. The magazine only has one cover line, reading: “We farewell 44 years of sass, bachelors, sex and centrefolds”.

Campbell took to Twitter to say how emotional she was being the final covergirl for a magazine that has played such a huge role in Australian culture. 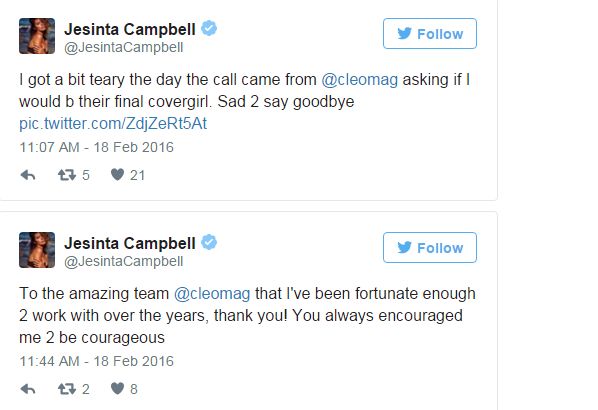 "Thank you to my amazing team and everybody involved. You guys are absolute bloody legends.” 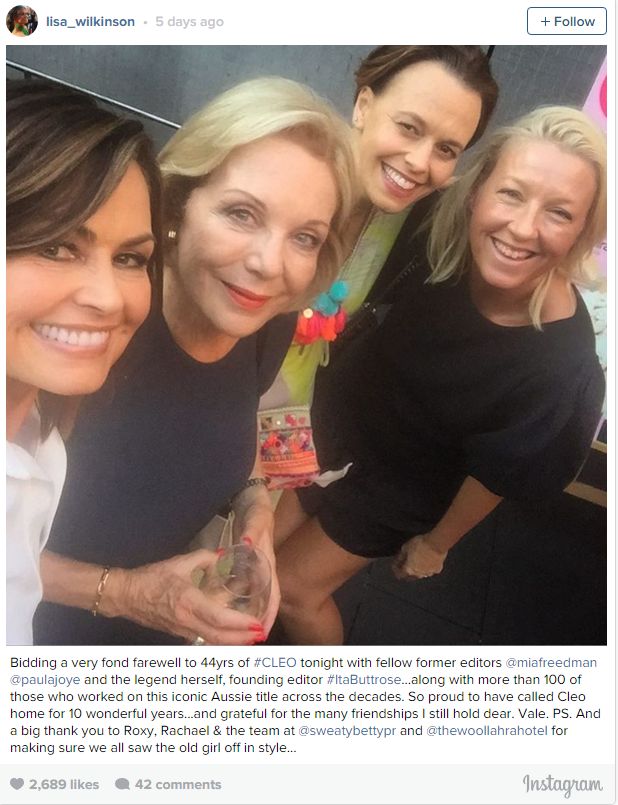 Oh how we will miss that sealed section.

In other Bauer news, Cosmo’s editor-in-chief Bronwyn McCahon announced her resignation after 10 years in the role.

This morning it was announced Fiorella Di Santo has replaced Tony Kendall as sales director.