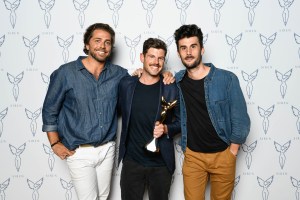 The “Ducking Autocorrect” campaign by Clemenger’s Ben Clare and Celia Mortlock for Dry July took out both the Gold and Silver Awards. The work takes a humorous approach to encourage people to go alcohol-free during July, to avoid embarrassing mistakes and autocorrect failures when drink texting your partner or mum.

The awards, run by Commercial Radio Australia, are judged by the Siren Council, a panel of creative directors and producers from leading advertising agencies across the country.

“We congratulate all the winners and finalists for displaying an exceptional level of creativity in their work,” CRA Joan Warner says.

“These awards are a great reminder of the ability of radio to cut through and create a strong impact on listeners.”

The Gold Siren winners receive entry for their campaign into the Cannes Lions International Festival of Creativity in June,