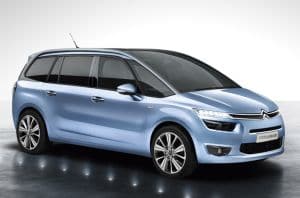 A Citroen radio campaign featuring a bleeped out “F-word” has been taken off the air, after a spate of complaints for “inappropriate language” were upheld by the Advertising Standards Bureau.

The two 30 second radio adverts for the Berlingo Van used sound effects relating to jobs for target demographics, such as a hammer for builders and a mower for gardeners, strategically placed over the word “f*cking.”

However several complaints to the advertising watchdog noted that while the sound effects hid the word, it was still very clear what was being inferred, with one complainant asking how the advert could possibly be acceptable.

“You could basically hear the whole word,” the complainant said. “How is that any better than just saying the real word? Kids that are listening would know exactly what is being insinuated.”

“It is a bogan attempt to try and relate to tradesman who may not speak like that anyway. I don't know what the laws are on swear words in advertising but I can't see how this is acceptable. Are the standards dropping?”

In response, Citroen said the while “some spoken sounds can be heard on either side of the sound effectives, actual words are not, in our submission, discernible.”

It then went on to list other words which start and end with the same sounds and letters, along with their definition including “freaking”, “frisking”, “flaking”, “fleeting” and “forking”.

However the ASB upheld the complaint noting that it had previously upheld others where the word was bleeped out in a similar matter.

“In this case, the board noted that although the word is bleeped out, it is not sufficiently bleeped out and the inference to a strong swear word is clear and the repetition ultimately attracts the attention of the listener more so,” it said in its determination. “The board considered that most members of the community would consider the use of the term “f*ck? or “f*cked” as inappropriate and obscene.

“The board considered that the inferred word, as well as the repetitive nature of the advertisement makes this inappropriate in the circumstances.”

The board did note, however, that Citroen had already made a modified version of the ad to more effectively cover the word.

In its response to the final determination Citroen confirmed that it had taken steps to revise the ad and that the newer version “neutralised the issue.”