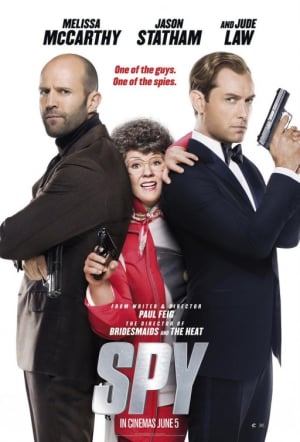 The challenge was to tie together a TV ad campaign with engaging digital to drive online competition entries to win a trip to the London premiere and build awareness of the movie Spy among Australian audiences. But how to get the timing right and connect with the right consumers at the right time?

AOD Sync enables a marketer to synchronise it’s above the line TV advertising with different digital channels. When a TV ad ran for Spy, it triggered a display ad on tablets, mobiles and desktops – scooping up second-screeners, driving incremental reach and delivering relevant messages about Spy to consumers when they were most receptive.

AOD worked with 20th Century Fox to define the trigger signal.  In this case, it was their own TV ad (it can also be that of a competitor).  AOD then monitored for the signal across multiple TV channels and when there was a match, advertising was triggered for a specific period of time, usually the length of the spot.

The campaign launched display activity when the Spy TVC launched in each capital city. The creative ran for three minutes after each TVC aired and they were detected on all free-to-air stations.

“The technology uses a range of offline signals to target advertising across different digital channels. In this case it was a TV ad, but it could be a radio ad, weather signals, sports updates or even economic signals from the Australian Securities Exchange,” said VivaKi Australia director Lynn Chealander.

Sync activity drove a 56% uplift in click though rates (CTR) vs non-Sync activity. Tablet response was significantly stronger than other devices, while 8pm-10pm were the highest engaged times.

20th Century Fox marketing director Sue Zerk said: “At 20th Century Fox we are always looking for breakthrough media ideas that connect audiences with our films, and for the launch of Spy the opportunity was to synchronise television and digital giving consumers the opportunity to find out more and to engage with a promotional offer. AOD Sync delivered against this objective and we are looking forward to learning from our first use of this technology.”

Have a case study? Drop us a line and share with AdNews readers adnews@yaffa.com.au