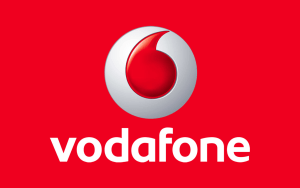 Dentsu Aegis Network-owned media agency Carat has revealed that it has been appointed as Vodafone’s global media buying agency.

GroupM's bespoke ‘Team Red’, which was set up in 2017 to service the account after the global telco shifted its buying and planning out of Bohemia following a seven-year stint, will retain the account.

AdNews understands Australia was one of the only markets not to be included in the global shift.

The company, as part of a global alignment, also appointed WPP-owned agency Wunderman Thompson (then JWT) to its creative account.

“Vodafone is a future-focused organisation, challenging old ways of doing things while pioneering the new and maximising the opportunities of the digital economy," Dentsu Aegis Network chief client officer, media and performance Will Swayne says.

We are delighted to be partnering with them, integrating the best of our agency capabilities to accelerate Vodafone’s evolution to become market-leading in digital marketing and in-house media buying.”

In 2017, Vodafone unveiled a new global position that centred around the "excitement the future brings", axing its ‘Power to You’ slogan and introducing a new-look logo.