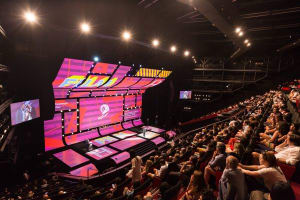 Australia has picked up two Bronze awards in the coveted Film Lions category, with DDB Melbourne and McCann Melbourne each seeing a win.

DDB Melbourne’s Take Over campaign for Devondale saw it claim a prize, while McCann Melbourne won Bronze for its Infrequent Flyers campaign for TigerAir.

Other work appearing on the shortlist for the award include Leo Burnett Melbourne’s Dream Run for Honda, 303Lowe’s Captain Risky for Budget Direct, Clemenger BBDO Melbourne’s Strings for Transport Accident Commission and BMF’s Like Brands Only Cheaper work for Aldi.

Grand Prix Lions were awarded to Saatchi & Saatchi San Paolo for its 100 campaign for Leica and US based The Martin Agency for its Unskippable ad for Geico.

The #LikeAGirl campaign by Leo Burnett Chicago, Toronto and London for Procter & Gamble picked up a Gold Lion, while the Between Two Ferns with Zach Galifianakis which featured President Barak Obama for Healthcare.Gov also picked up a Gold.

Australia has seen a spate of Lions in the Film Craft category, with Melbourne production house Exit Films picking up a Silver Lion for the Everyday is Day One Samsung campaign completed with 72andSunny Amsterdam.

Bronze winners in the category include Sydney production house Finch for its work with Colenso BBDO Auckland and FoodStuffs NZ with the Dreaming of Yams campaign.

Finch and Colenso also picked up a Bronze Lion for ‘The People’s Film, 60 Years Together’ work for Volkswagon. However no Australian campaigns won awards in the category.

The Grand Prix was awarded to Adam&Eve DDB London for its Monty the Penguin campaign for John Lewis.

This Girl Can by FCB Inferno and production house Somesuch – which include the work of Kim Gehrig from Sydney’s Revolver - for Sport England picked up a Gold Lion along with 100 for Leica by Saatchi & Saatchi San Paolo.