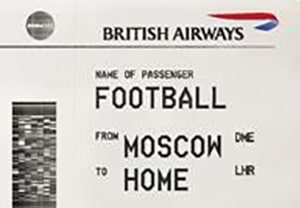 From Russia with plenty of love if England win it.

Football is officially coming home – according to the UK’s national airline, British Airways.

They’ve released a special boarding pass for football to return home to London from Moscow after a 52-year hiatus.

The pass is a play on the popular Euro 96’ anthem ‘It’s coming home’, which has been bellowing out of UK pubs across Blighty for much of the past month.

The BA boarding pass is the brainchild of Ogilvy UK and has run on social, in The Times and The Independent newspapers and 20 digital out of home sites across the country.

Seat 52H is a reference to 52 years of hurt. 1966 is the last (and only) time England have won the World Cup when the tournament was held in the UK.

The time 1800 is when the final should be decided, unless it goes into extra time and penalties.

Of course, there’s first the little matter of England knocking out Croatia in todays semi-final. This would set up a mouth-watering decider with neighbours and high-fancied France, a country the UK hasn’t always see eye-to-eye with and who have produced the most talent to feature at this year's World Cup.

Can it really happen for England? British Airways thinks so and have already planned for the journey home, the evidence is below. 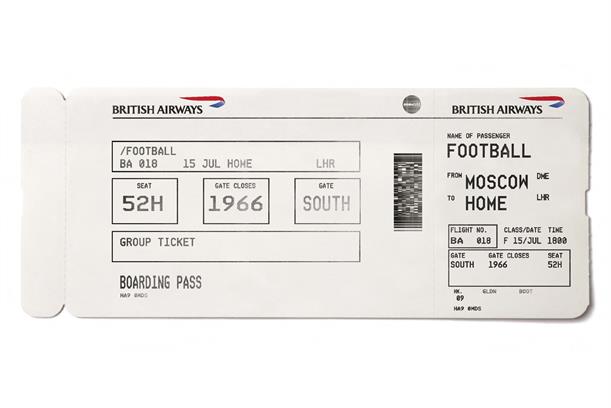