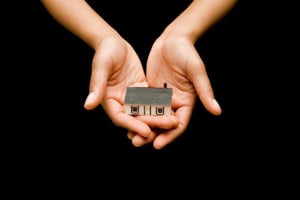 At Common Ventures, a bottle of whisky sits patiently on a shelf in the office of one of its founders, Damian Damjanovski. It’s a parting gift received by the four founders when they left their jobs at Ogilvy to start the agency in 2012.The foursome made a pact to open it only when Common Ventures reached a certain milestone in profit – and they’re not far off.

The whisky is emblematic of just one of the many cultural rituals or quirks that set boutique agencies apart from the bigger shops in the landscape.

“Culture at the end of the day is one of the key things that keep people in a small agency versus going to a bigger one,” Damjanovski says.

“Culture starts at the bottom and the middle, not at the top.”

There are other elements that make smaller, often times, better, particularly in an age which glorifies the small moments, with marketers increasingly looking for a personal approach both for and from their brands.

Big names such as Qantas and Schweppes have bucked the trend of looking for a one-stop shop and instead have made it clear that a larger number of small partners is the model they're chasing. Qantas went with the late Neil Lawrence's shop for its multimillion dollar rebrand efforts, and it is working with recently opened The Special Group on a host of projects.

But is being small enough to stand out in Australia’s increasingly crowded agency landscape? Challenges abound for those who go out on a limb to carve their own path, and getting a start is often the biggest challenge of all.

Core creative partner Jon Skinner says that too often the term “boutique” is filled with negative connotations, noting that “rightly or wrongly there is probably some baggage around the small or boutique agency handle”.

While the challenges are huge, Behaviour Change Partners founder Paul Fishlock says the romance of going out on your own is much more seductive than being a cog in the wheel of a bigger shop. Fishlock, who through his long career in advertising, enjoyed a stint at The Campaign Palace at the height of its hot streak, and is the 'F' in BMF, believes the future of the agency model is in the hands of the boutiques.

All agencies, no matter what size, are struggling with changing business models and redefining what an agency is, but it's harder to turn a bigger ship. Small means nimble.

“It's the cliché of being in control of your destiny and the fact that if you get it right, there is a terrific upside,” Fishlock says.

“Innovation and the new models are going to come through boutique agencies because the legacy structures in a network are much harder to shift.

“A few individuals going out there with insane optimism and a blank sheet of paper to actually build agencies how they think they should be built, well they're not all going to make it. But the ones that do will break new ground.”

Skin in the game

Mention the word ‘boutiques’ and the inevitable cliché that will crop up is 'culture'. But like all clichés, there is some truth to it. Core, which has around 14 people in the agency, doesn't see itself as fitting under the small agency moniker any more. Creative partner Christian Finucane says what keeps it, and other boutique agencies like it, differentiated from big networked shops is the culture that breeds from the top down.

And that, he says, is heavily dependent on having owners amongst the daily grind, not sitting above layers of bureaucracy, feeding into global reporting lines.

“Clients love it. If you rang them up they'd tell you it's great,” Finucane says. “Because they can just ring us directly if they've got a problem, they know we're there if they need us.”

Creative partner, Jon Skinner, adds that his agency’s culture is driven by sharing the success and the stresses by everyone, even senior staff.

“There is a huge emotional buy-in,” he says. “Everyone does the late nights and the rest of it. But here, everyone rolls their sleeves up, everyone shares in the success.”

The number of staff at independent agency The Hallway stands at 45. It has well and truly eclipsed the small agency tagline. But founder Jules Hall says the truth of any independent business is the importance of the owners in the business. In a multinational company, the CEO is an employee and at the end of the day can “walk away” if they want to.

“The biggest thing that we have as an independent is that you’ve got the owners of the business running it and that fundamentally influences the culture and the client experience as well,” Hall says.

Damjanovski believes from a client's perspective, having direct accountability is a huge leg-up that small agencies have over larger counterparts.

But while he believes that culture is a huge part of any agency's offering, he doesn't believe smaller shops have a lesser culture by default. Instead, he says agencies are either a cult of personality or a cult of process.

“Some small agencies have a terrible fucking culture where there is one personality at the top and it is their rule across the agency, so there is good and bad in small agencies just as there is in bigger agencies,” Damjanovski says.

The other half of the culture divide is talent. Reborn founding partner, Sabir Samtani, says getting the right people in the mix is half the battle.

“In a boutique, because you're small and you don’t have 10 creatives or 10 designers, you really need to find the best people,” he says.

“People can't slip under the radar or can't cover for others, so if someone is not standing out they get easily exposed.”
Yolo creative partner Paul Fenton says he places greater importance on finding the right type of person, but says that people either thrive or struggle in smaller agencies. It's not right for everyone.

“Finding people who like to work in a small place can sometimes be tricky; people either love it or don't plug into it at all,” Fenton says.

“Career opportunities are not as clear or prevalent and could potentially be a little limiting.”

Damjanovksi says even more than that, having staff members with multiple skill sets is critical for smaller agencies who have fewer staff to stretch across more aspects of the business.

At Common Ventures, all its people have multiple competencies, which is part of the hiring criteria. But he adds this also gives his staff more responsibility, especially when it comes to understanding the business side of the agency. It comes full circle back towards creating culture and a sense of ownership.

Affinity CEO Luke Brown says this doesn’t just stop at the staff. Having the flexibility in not being mandated by global bosses gives the owners of the business a certain amount of freedom as well.

“The world is your mollusc when you’re reporting to New York or Paris,” Brown says.

“You have the flexibility to deliver things for clients that fall well beyond the traditional agency remit. We have the freedom to back projects and ideas with more energy than is financially required and to make the right recommendations to a client even though it may reduce owned revenue in the short term.”

But there are challenges too on the boutique side of the fence.

Fenton says pitching and picking up business – often two sides of the same coin – can be trickier for small agencies. Yolo has picked up 95% of its business through referrals rather than pitching but says when pitching, it requires much more consideration than the networked agencies often need to dedicate.

“There is an assumption that boutique agencies may not have the resources to service a large sale account which is a furphy,” Fenton says. “When we do pitch however, the cost and investment pitches require is obviously something we need to consider. The lottery of pitching sucks up a whole lot of resources you can't bill for, and keeping an eye on cash flow is an ongoing reality in a smaller agency.”

Reputation is another big one. Fishlock says one big change is moving into the territory of being largely unknown. He says it means that for a while, the new agency is trading off the personal equity of the founders until it’s built up its own portfolio.

Damjanvoksi adds that a small agency has only got “about a year’s worth of grace” to get to the point where it can showcase its own work. But he rejects the idea that scale is an impediment to the offering of boutiques given the impact of technology.

Likewise, Brown says, for him, scale is “a dirty word”. It’s not ‘resource’ but ‘resourcefulness’,” he adds.

“Being smaller than the big guys means you have to work smarter. Technology is a wonderful enabler.”

Hall says to counter the network story that global agencies can offer, The Hallway has joined a global network of independent agencies called The Network One which allows it to access insights from around the world.

“The multinationals have got scale, they’ve got resources and they’ve got a story that is different to the indies,” Hall says.

“Sometimes clients want that story and then sometimes it plays in our favour.”

When boutique is woven into your agency offering, how big is too big?

Fishlock says when BMF got to the point where it was bigger, putting the attention of senior staff on every project was no longer possible, and was part of a learning curve with clients.

“We reached a point where clients had to be weaned off expecting all the partners to turn up for a briefing on a shelf wobbler,” Fishlock says.

“While they all rationally understood, some still yearned for ‘the good old days’.

“Also to a certain extent, partners have got to resist becoming too detached because when you move to a point where the telephone list suddenly goes from being first names to surnames, it can mark a change in how things run.”

Reborn’s Samtani says that despite size, his goal is to keep boutique thinking in the business in terms of its approach to service and work.

Reborn recently won a new client which required it to hire several new staff members, but it agreed with the client to boost its staff at an incremental pace rather than risk overwhelming the culture of the agency.

For Damjanovski, “bigger than the size of a classroom” is too big for a boutique.

“The physics of advertising seems to me that an agency can't grow past a certain size area; they hire staff for a client then they lose the client then they have to fire staff and then the process happens all over again,” he says.

“For some people it's a great game but it's not the one we want to play.”

Hall says he doesn’t get too hung up on headcount, noting the worst thing you can do when starting an agency is being conservative with ambition. But he does think the indie scene is in rude health in Australia.

“But the indie scene is fantastically strong right now and it’s in the best state it’s been in since I started in this business.

“It means more competition, but I embrace it because the indies are the people who agitate. We have to innovate to survive and that’s what carves out the evolution of the industry.”