Big Brother has ‘flicked a switch’ for Seven 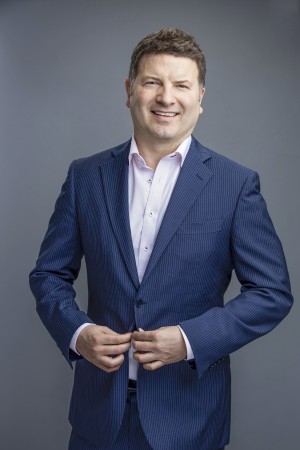 The reality TV show was revived by Seven this year after five years off air, previously produced by Ten then later by Nine. The launch episode gave Seven 1.3 million viewers nationally, making it the TV station's biggest launch episode since 2018.

Ross told AdNews Big Brother is stage one of CEO James Warburton’s plan to turn the struggling network around.

“It's like at the Seven network, a switch has been flipped and we have young demographics piling back onto the network, which was the aim of this show,” Ross says.

“This show is a young demo powerhouse and it's delivering what we needed to.”

While the show was down about 20% on Monday night since its launch, Ross isn’t concerned with the dropping figures, saying average figures are up week by week.

“Traditionally, Big Brother launches with a very big number and then drops off substantially. And that hasn't been the case this year,” he says.

“We were always going to be happy with a first year result of 700,000 across demographics and it's exceeded that so far, this is a show that we feel we can build into year two.

“And the amazing thing about this show is it's the most talked about show in Australia on social media, but it's also the biggest show in Australia in the streaming space. Each episode is averaging over 200,000 viewers more on 7Plus to the point that 7plus is now bigger than both 9Now and 10Play combined. That's the sort of impact it's having in the streaming space.”

After airing a “bunch of aging war horses” early in the year with shows such as My Kitchen Rules, Big Brother is the first of Warburton’s plans to make the company an “outward looking broadcaster” rather than relying on Seven Studios.

“This was the first one out of the blocks, looking outside of Seven Studios and into external production partners and looking at established and proven formats rather than the stress of having to try and launch our own IP, which is a very hit and miss sort of business,” Ross says.

“So we knew we had one of the television super brands in Big Brother, but it did have to overcome negativity from certain online quarters that was quite persistent from the moment we announced it, but we always had faith in what Endemol Shine would deliver for us.

“We were very happy and confident with the vision, but nothing's ever a short thing. All I'll say is that a show like Big Brother generates so much organic noise that it ends up being something that's hard to miss.”