Big Brother expected to return in 2020 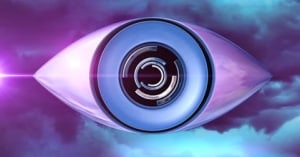 International reality show format Big Brother is reported to return to Australian screens following five-years off the air, with Seven picking up the show from Endemol Shine.

According to multiple news sources, the show will return in 2020. Contacted by AdNews, Seven wouldn't confirm the reports, saying that it would reveal its content line up for the new year at its annual upfronts in the coming weeks.

The show hasn't been seen since its Nine revival back in 2012, with the show eventually ending its run in 2014.

Big Brother was originally launched in Australia through Network Ten and was not without its fair share of controversy, including two cases of sexual assault accusations in 2006.

TV Blackbox has stated the cancellation of Sunday Night, which was revealed earlier today was directly linked to Seven's decision to pick up Big Brother.

Along with the news of Sunday Night's cancellation, Seven CEO James Warburton also revealed he would be restructuring his executive team, which would see three members made redundant.

The news also included the hire of a new chief content officer and chief marketing officer.