Powerful, to the point, and loaded with controversy, Aboriginal Victoria’s Deadly Questions campaign is all about traversing the complicated issues surrounding Indigenous culture.

Can you get more welfare if you’re Aboriginal? A question that on any other day would bring about a collective gasp. However, for Clemenger Melbourne and government organisation, Aboriginal Victoria, the Deadly Questions campaign not only answered it, but implored Victorians to ask more confronting and controversial questions.

Released at a time when the Victoria Government was establishing its first Aboriginal Treaty legislation, Deadly Questions followed research that revealed the state’s citizens don’t know much about Aboriginal culture, heritage or current affairs.

The research also highlighted that many were uncomfortable with asking questions about these topics out of fear of offending or appearing ignorant, according to Simon Lamplough, MD of Clemenger Melbourne, the agency that worked on the campaign.

“Every element of the campaign was designed to provoke a response, so we knew that earned media was key to engaging the Victorian community and ensuring the campaign drove the discussion it needed to be successful,” he said.

“We wanted to use some of the division and misinformation that’s out there to get people talking and get them to take notice of an issue that’s been ignored for too long.”

The campaign reached a new level of controversy when out of home companies, APN Outdoor and JCDecaux, refused to run the campaign after it was deemed too controversial to appear across their networks.

Their decision was based on advice from the Outdoor Media Association, which suggested the creative by Clemenger Melbourne could be viewed as discriminatory, according to the AANA’s code of ethics.

The campaign was then rescued by outdoor competitor Ooh!Media. “We were all disappointed that APN and JCDecaux took the stance they did,” Clemenger Melbourne ECD Evan Roberts said.

“We didn’t believe that any of our messaging warranted censorship and we are not aware of any complaints that have arisen from the general public as a result of our campaign,” he added.

“Sadly, the stance taken by the two media owners in question is symptomatic of the very bias we are trying to overcome.”

Since launching, the site has had more than 222,000 unique visits and generated 370 pieces of earned media across Australian press, surpassing expectations set by Aboriginal Victoria.

Both Aboriginal Victoria and Clemenger Melbourne have praised the response, both stating they were impressed by the level of engagement that was shown. This reveals there is interest from the wider Victorian population that are looking to engage with Indigenous communities, they said. 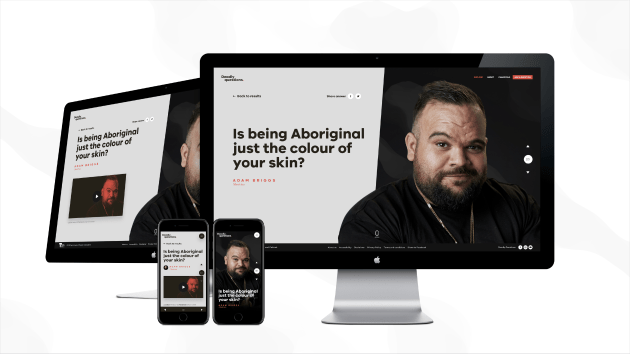 Thousands of questions have been submitted to the platform, Aboriginal Victoria executive director Josh Smith said.

“People were asking respectful, positive and engaging questions about Aboriginal Victorian issues and stories,” he revealed.

“We always knew there would be some level of controversy surrounding the campaign, but we also understood that some of the questions asked by the public were going to be provocative, but that’s the point.”

Outside of the obvious controversy, Lamplough said, the biggest challenge when developing the campaign was landing on the right sentiment so that it provoked audiences, but didn’t offend.

When it came to developing the campaign, the agency worked extensively with the Aboriginal community, including elders and wider contributors who helped structure the agency’s thinking and revealed the team’s “own unconscious biases”.

Lamplough said this was “quite confronting” for the those working on the campaign and was an eye–opening experience.

“We knew the Aboriginal community would ultimately want to determine as much of this campaign as possible, which influenced the shape of the work we created, so Deadly Questions was designed to be a collaborative project,” he said.

The Treaty Working Group approved the idea. Then throughout production we used as many Aboriginal Victorians as possible to help us craft the work and the right narrative.

Smith revealed the biggest challenge for Aboriginal Victoria was to address the negative stereotypes and misconceptions of Aboriginal people that are held by some sections of the community, without further reinforcing them. 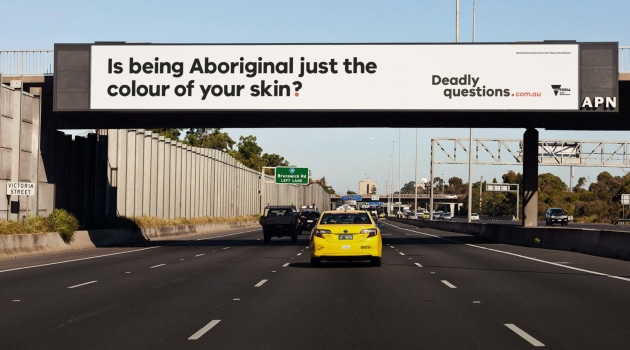 The government body used rapper and artist, Adam Briggs, as part of the campaign while also focusing on those within the Aboriginal community who have been “fighting and championing for Aboriginal peoples for decades”.

“Having someone with a profile like Briggs involved in the campaign was great. Having a recognisable face for the campaign can hook people in,” Smith said.

“Although he might be the most famous to the non-Aboriginal Victorian public, we looked to select a range of champions, some of whom are incredibly well–known in the Aboriginal community.”

Roberts said the campaign has only just begun.

The public will see Deadly Questions continue to develop as the Treaty process evolves, with the agency now working on using Deadly Questions as a vehicle to help educate and promote discussion amongst Victorian school children.

“Seeing the impact of the campaign and its effect on the political process was hugely pleasing,” Roberts added.

“The Treaty Bill was far from a sure thing, but thanks, in part, to Deadly Questions we saw it pass through both the Upper and Lower houses of Victorian Parliament and become law.”