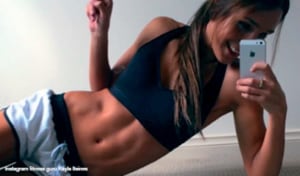 For the second year running the agency examined 10 verticals and the moments that mattered.

This year’s list ranges from the absolute domination of Avengers Endgame in movies to the invasion of politics into the world of E-Sports.

“While Australian culture was undeniably divisive in 2019, there were also moments that brought us together, whether it be the schadenfreude of watching Fyre Festival go down in flames or Australia’s shock-jocks finally being held to account.”

1. LIKES LOSE THE LOVE. A major platform shakeup hit Australia’s influencers in July when Instagram removed the number of likes shown on posts. The change was designed to combat competitive behaviour that creates a pressurised environment, especially for young adults. However, for influencers it reduced their clearly visible and valuable social currency.

2. KAYLA BECOMES A STRONG MUM. Top Aussie Influencer Kayla Itsines, famous for her fitness programmes BBG/Sweat became a mom in June to Arna. Throughout her pregnancy fans were able to follow her candid pregnancy & post-partum experience.

3. RYAN'S REVIEWS RACK UP THE RICHES. Now 8 year old Ryan has been reviewing toys for 4 years on his YouTube channel. Last year he earned $22Mil US! His latest mini-mogul move: a line of collectibles and more, now selling at Walmart.

4. TAMMY IS A PERFECT 10 (MILLION FOLLOWERS). Tammy Hembrow, well known for her thirst inducing posts, became one of 5 Aussie influencers (who aren’t famous actors or performers) to hit 10 million followers on Instagram. She’s insta-famous enough to party with the Kardashians now. Sigh.

5. AN AMBITIOUS #SPON SCHEME. Marissa Casey Fuchs, a fashion influencer known on Instagram as @fashionambitionist, shared a video to her 160,000-plus followers. In it, her boyfriend, Gabriel Grossman, professes his love and tells her that she’s about to embark on “an extraordinary adventure.” The 48hr slew of posts was a whirlwind surprise scavenger hunt proposal and wedding. Early in the sequence, it was revealed that a full proposal was sent to brands to sponsor each little experience within the weekend. What lengths will they go to next?

7. MMA LITERALLY MAKES THE TIME 100. At age 18 and with less than 2 years in the game, Emma Chamberlain has amassed 8.5mil subscribers and over 900 views on her YouTube channel. This year she also launched a weekly podcast called Stupid Genius. Known for her unfiltered commentary, she’s partnered with Louis Vuitton at the Paris fashion week, and emerged as a multi-platform media darling.

8. JAMES CHARLES IS #CANCELLED. James Charles, one of YouTube’s biggest beauty and makeup stars, lost over 3mil followers in one weekend after a relationship breakdown involving vitamin gummies over Coachella weekend when James promoted a competitors vitamins over dear friend Tati Westbrook. She then called him out as a user and a fake and encouraged everyone to unfollow him… which they did en masse.

9. NO FLUKE FOR LIL NAS X'S SONG OF THE YEAR. A persistent and socially genius promotion by unknown artist Lil Nas X seeded and grew his single “Old Town Road” from invisible to everywhere. Aided by influencers and transformed into millions of memes it was the US Song of the summer and a global hit, with 13 weeks long at #1 in Australia.

10. A 50-YEAR OLD BROKE INSTA & HIT 20 MILLION FOLLOWERS IN 30 DAYS. Yep, believe it or not Jennifer Aniston is 50. And she just joined Instagram with a post that nearly broke the internet – all 6 Friends stars together for the first time in over 10 years. The post also set a Guinness World Record of 1Mil likes in 5hours… pretty incredible since her account started with 0 followers. Since this first post, the actress hit 20mil followers between Oct 16 and Nov 20th. Seems like we all still want to be friends with Jen.

All the lists are HERE