Australia impacted as WPP held to ransom by cyber attack 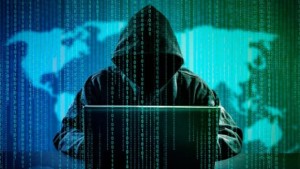 A massive cyberattack has reached “several” agencies across the WPP network this morning.

AdNews can confirm it has impacted some agencies within the Australian arm of the business, WPP AUNZ.

AdNews understands the agencies operating on the global WPP system have been impacted by the hack, including Ogilvy and Y&R. The agencies that operate on the WPP AUNZ system, which includes agencies brought in under the STW merger, remains untouched at this point.

All Australian agencies are in "lock down" and as a precaution have been told not to long onto their computers, according to sources.

WPP employees were greeted by a digital ransom note on locked PC’s this morning.

Staffers with infected computers were greeted with a message saying that the user's files had been encrypted - and that it would cost more than $300 in Bitcoin to free them - in part of a worldwide cyberattack.

WPP offices around the world have no access to internal wifi, and email systems are facing significant outages. The company’s website is also currently down.

The holding group’s official Twitter and Facebook accounts released a statement saying the company is taking the appropriate measures and will update staff soon.

“IT systems in several WPP companies have been affected by a suspected cyberattack. We are assessing the situation, taking appropriate measures and will update as soon as possible," WPP said on Twitter.

According to Ad Age, all WPP employees were told this morning to immediately log out of their computers until further notice.

Twitter users have been quick to roll out jokes about rival Publicis Groupe's recently launched AI platform Marcel being responsible for the hack.

WPP is one of many places hit by a ransomware attack, including Ukranian and Russian Banks, Maersk and potentially others.

Mondelez released a statement saying its international network is experiencing a global IT outage.

A statement said: "Our global special situations management team is in place, and they are working to resolve the situation as quickly as possible. We will update as we have more information."