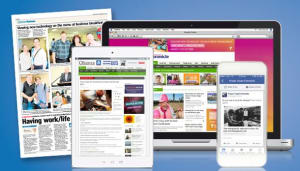 APN's regional media arm, Australian Regional Media, will be rolling out a digital subscription model for its Queensland daily publications.

The move was announced to the ASX this morning, making ARM the first Australian regional publisher to introduce digital subscriptions based on the metered model. The roll-out will take place in the second half of this year.

APN CEO Michael Miller said in statement to the ASX: “We firmly believe the introduction of a content‐driven metered subscription model to our regional audiences will grow news media revenues over time, as has been demonstrated in international markets.”

As part of the ASX announcement, it was also disclosed that APN's outdoor ad specialist company, Adshel, will be commencing the digitisation of 35 of its most prominent roadside locations across Auckland's CBD and key fringe suburbs.

The aim is to offer advertisers greater flexibility, relevance and higher engagement with campaigns targeted by location, time of day and other variables such as the weather. This is part of Adshel’s broader plans for a combined 150 digital panels in Auckland, Wellington and Christchurch within the next 12 months.

APN also provided a trading update following its AGM on 6 May, with the business stating that the positive start to 2015 has continued.

Year‐to‐date group revenues are 6% ahead of the prior year, including the impact of the Perth 96FM acquisition.

The improving revenue trends in ARM have continued. In the first half of 2014 revenue was down 8% on the previous corresponding period, while year‐to‐date 2015 revenues are down just three per cent.

The strong performance at ARN continues, albeit comparatives were improving at this time last year.

Excluding 96FM, first-quarter revenues were up 28%, while year‐to‐date revenues including 96FM are up 35%.

In a presentation also uploaded to the ASX, APN said the advertising market conditions have softened somewhat in April, and comparatives were improving this time last year.

“We remain focused on share growth in all our markets. Costs have increased, primarily due to revenue growth in ARN, the acquisition of 96FM, and NZME’s integration,” the presentation stated.