APN doesn't want to be a “me too” media company, eyes integrated briefs 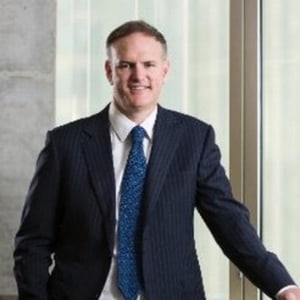 APN News and Media is eyeing the integrated brief and the business's CEO is leading the charge to take advantage of the media group's missed opportunity in playing to its strength as a whole group, rather than its separate parts.

Speaking to AdNews ahead of its upfront style event in Sydney last night, APN boss Michael Miller said it's seen the market move towards the desire for integrated briefs and he's ensuring the business is ready to make the most of it

“It's something that we're seeing in the market and we saw it as an opportunity. An opportunity that we weren't necessarily fully capturing, that's where we're undertaking some work,” Miller said.

“For us last year's focus was on our New Zealand business and integrating three businesses under the NZME (New Zealand Media and Entertainment) brand and we've seen the positive results from that market and that gives us the confidence and the learning to do that in this market.”

Miller took on the top job at APN two years ago after a tumultuous time at the media company, where several executives were ousted from the business. The past 18 months the business has relaunched its radio network, with a recent acquisition in Perth rounding out the network, and most recently the business gained a new shareholder, with News Corp taking a 14.99% stake in the media company.

Miller told AdNews that he's happy with the progress the business has made, and he doesn't want APN to be a 'me too' business, with Miller pushing the group to go to market with its own strategy.

“It's been a big 18 months, and we put some figures out today in terms of revenue, but I think that shows that the strategies we have in place are working,” he said.

“We look at other players in the market and we don't want to be a me too. The response we're getting from clients and media, is they don't want a response that's embedded in TV, or embedded in print, being the dominant mediums in the integrated reposes they often receive.”

Speaking to News Corp coming into the business as a shareholder, Miller said that he is encouraged by the support and it could spell some more acquisitions for the company.

“We've recently refinanced and we don’t have any debt owing until 2018. We've recently seen some change in shareholders and the feedback we had in terms of that change was that there's support there should there be opportunities that we identify.

“So we do have capacity to chase opportunities as we identify them and we see them as being a good fit.”

Yesterday the company's regional media arm, Australian Regional Media (ARM) also announced it will be rolling out a digital subscription model for its Queensland daily publications.

CEO of the business Neil Monaghan told AdNews the roll-out will consist of some sites in the network piloting the program so the business can get it right.

“It will be metered model, which is a low risk model. We've got 12 daily papers so we can change things up.

While Monaghan wouldn't be led on the potential lead site for the roll-out he told AdNews that ARM will pick a site where the business has a strong digital offering and audience in both print and online.

APN's outdoor ad specialist company Adshel also made an announcement yesterday that it will be rolling out its Adshel Live network of 35 roadside digital billboards across Auckland. The live network is part of Adshel's investment into digital out of home, which has seen the company recently invest in beacon technology and also tie-up with Roy Morgan's Helix Personas in order to increase its targeting abilities.

Among other uses, Roddick said the network will give advertisers the ability to build a dynamic company, relevant to the time of day across a nation with different time zones.

“We're building this huge reach network and then adding to it real deep insight; this scale that we then add accuracy to,” Roddick said. “That gives you relevance from a planning point of view.

“What else gives you great relevance is the ability to serve dynamic content into those panels from contextual relevance and that's what we're doing with Adshel Live.”