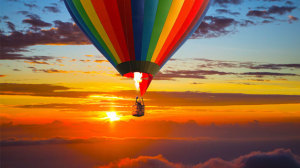 The out of home company, which had previously been a growth beacon in a flat market, reported a sharp downturn in bookings, especially for the high margin big roadside billboards.

The advertising industry had been hoping for an upturn in the second half of the year following tough advertising conditions in the six months to June, dragged down by a NSW and federal election.

However, indicators are pointing to a tough start to the new financial year.

“Obviously as a business we are very in tune with talking to advertisers and advertising agencies,” he says.

“I think most were relatively confident the market would turn back in the later part of Q3, and clearly through Q4.

“What we've seen is that turn back hasn't materialised as quick as expected.”

Early data from the Standard Media Index (SMI) in July shows only six of the 41 advertising categories increased expenditure in July.

“That probably indicates quite a widespread deterioration, and that's been much greater than normal,” says Cook.

“The sector that has been most impacted is our large road billboards, which are generally being affected by … the reduction in major spending both in the financial sector and the auto sector.

“OML (oOh!media) has become the first (public) victim of the shrinkage, but other media companies will not be immune,” the analysts write.

Morgans says a plunge in demand from international consumer goods and automotive advertisers forced oOh!media to downgrade earnings guidance by 17% or $27 million for 2019. EBITDA guidance range is now $125 million to $135 million, from $152 million to $162 million.

“Roadside billboards, the company’s highest-margin business, was the scene of the worst carnage,” says Morgans.

Credit Suisse, in a note to clients titled “Joyous June becomes nightmare in July”, poses the question -- is advertising a lagging or leading economic indicator?

The investment bank says oOh!media, having survived a challenging first half, was the least likely candidate for an earnings downgrade.

But oOh!media had reported a “significant and unexpected” fall in third quarter bookings, driven by softness in bank and auto spend.

“Our base case thesis is that housing green shoots translate into bank spend (and we note the correlation between housing and auto sales),” says Credit Suisse.

Last week HT&E's Australian Radio Network (ARN) reported a fall in revenue of 3.8% to $115.0 million in the half year to June.

Australian radio market deteriorated post the federal election, and the company says this has continued into the third quarter.

Earlier in the month, holding company Dentsu downgraded its revenue forecasts following "weaker than expected" first half results from Australia.

Further indications of the health of the advertising market will be results later this week from major media company Nine and from WPP AUNZ, the local ASX-listed arm of the global holding company.

The major shareholder in WPP AUNZ, WPP Plc, reported organic growth down 1.4% in the second quarter but this was better than an expected 3% fall.

But how this translates into the local Australian business remains to be seen. WPP AUNZ has been going through a consolidation process, merging business and re-setting its focus.

The local arm of the global holding company is due to release its half year results on Friday, the first since it posted a statutory loss of $17.1 million for 2018.

The company in February pointed to "rapid digital transformation, economic headwinds, market changes" as it moved to restructure the business.

WPP AUNZ, at its AGM in May, gave guidance of flat revenue for 2019.