An advertising executive brought a support clown to his redundancy meeting 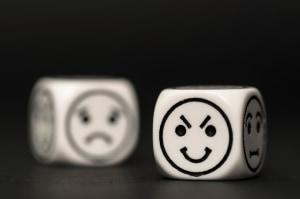 A copywriter, heading into a scheduled meeting with human resources at a New Zealand advertising agency, hired a clown as his support person.

Josh Thompson, writing on his Facebook page as Josh Jack (who has a side gig as a comedian), says agency FCB made him redundant.

The clown reportedly mimed tears as the paperwork was handed over.

"A while ago, I got a job. A short while later, I lost it," the adman writes on Facebook.

"For anyone who hasn’t been fired, what happens is they schedule a serious meeting and advise you to bring a ‘support person’.

"Sensing the bad news, I decided I’d need the best support person available, so I spent $200 to hire a clown."

He told Newshub the clown made balloon animals, a unicorn and a poodle.

"It was rather noisy him making balloon animals so we had to tell him to be quiet from time to time," he told Newshub.

Jack starts at a new job today (Monday) in Auckland at DDB NZ. He was made redundant 20 August.

The NZ Herald says the clown, Joe the Clown, is actor Joseph Brosnahan.