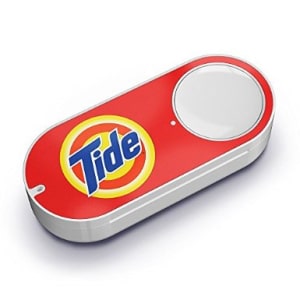 Getting consumers to invest in gadgets such as dash buttons is no mean feat, but according to The Wall Street Journal (WSJ), that is exactly what Amazon.com Inc is upping its focus on.

Amazon Dash is a small wireless scanning device that at the touch of the button allows shoppers to simply ordering goods/replenish house items over the internet.

The WSJ says the internet giant is now planning to add “dozens of new brands to its Dash buttons feature”, which is launched in March last year.

The the thumb-drive-sized replenishment devices would be branded with logos, such as Tide detergent and Cottonelle toilet paper, and when simply pressing the button, for quick reordering, they are then delivered.

While Amazon in Australia is nowhere near as prevalent as in other markets such as the US and UK, ensuring your brands maintains close ties to Amazon is a wise move, considering the company’s mass penetration.

Earlier this moth it was reported that Amazon is planning a fresh and frozen food delivery service in Australia, acting as a direct challenge to big supermarkets such as Coles and Woolworths.

According to the Sydney Morning Herald, Amazon Fresh could be available to Australian consumers as early as next year, with the $339billion company expecting to be 'embraced' by shoppers,

Amazon Fresh has been in the US for seven years and launched in England this month.