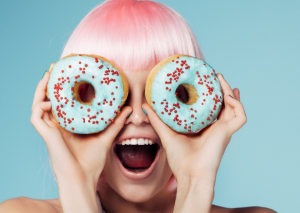 AdNews spoke to industry players by sector to get their predictions and outlook for Australia's advertising industry in 2020.

The year was challenging with ad spend, as measured by SMI (Standard Media Index), falling each month on the back of failing consumer sentiment and brands wary of spending during elections (both federal and NSW).

The federal government finally responded to the ACCC's Digital Platform Inquiry, promising action if the big digital players can't come to agreement on what to pay publishers for their content. That process will play out for most of 2020.

The fallout from restructuring at the global holding comapnies continues to be felt in Australia with a series of agency mergers and redudancies.

A big one to watch locally will be the unveiling of the local vision by WPP AUNZ’s new CEO Jens Monsees when the company's annual results are announced in February.

At the 2019 Adnews Agency of the Year, UM picked up the top gong in March. It was the start of a big year for local CEO Fiona Johnston who won Media Executive of the Year in November.

The 2020 AdNews Agency of the Year awards are open for entry.

At the Effies, the Grand Effie went to Clemenger BBDO Melbourne for “Overtaking the Classics to become Australia’s favourite beer” - Carlton & United Breweries. BMF was Effective Agency of the Year.

At Cannes, Australia was ranked fifth globally at the International Festival of Creativity, scoring 36 Lions overall. The Lion's Share by Clemenger BBDO Melbourne and Finch scored the only Australian Grand Prix in 2019.

Here's what we learned from industry executives looking ahead to 2020:

Media agencies were hit with major changes, mainly to leadership.

Each of the major holding groups was subject to the CEO shuffle, which this year has included the appointment of new bosses across WPP, Publicis Media, Dentsu, Mediabrands and Havas Media.

Agency brands also continued to bolster their tech capabilities, with a greater focus on working with vendors, while also providing services in the programmatic and automation space.

The never ending pitching cycle did its thing, giving and taking from agencies, with UM, OMD and PHD nabbing consistent client wins, while the Dentsu Aegis Network's media brands were hit by significant account losses in a sea of internal changes. This included the departure of local CEO Henry Tajer in November.

The power of creativity has never been more important.

2019 was the year of purpose and activism with creativity becoming a driving force for good.

The work winning big at Cannes Lions was overwhelmingly focussed on social good, with brands using their voice to stand for a cause beyond their own business.

Personalisation and shifting budgets were two of the biggest topics in 2019.

More than a buzzword, personalisation has taken over marketing and become the new norm with more customers expecting brands to connect with them on a personal level.

Marketers have more data than ever before and the tech to help them drive this personalisation at scale but it still needs some fine-tuning to ensure it doesn’t cross into the dangerous territory of being invasive and creepy.

In our final magazine of 2019, AdNews spoke with CMOs about where they are spending their budgets.

Angela Tangas, now the CEO of Dentsu Aegis Network ANZ, told AdNews that “‘traditional’ advertising’s position in the marketing mix is at risk of becoming even more vulnerable.”

Up against finance and procurement teams, marketers are under the pump to present return-on-investment from their work.

The way they are doing this differs from business to business - some are in-housing more, others outsourcing, some are moving completely online and others are getting back to more traditional brand-building.

So, will personalisation and budgets continue to pervade marketing in the new year?

Influencers
This year the media industry went from discussing key challenges in the influencer marketing space to taking action, with the formation of a new council overseeing the space.

Led by the Audited Media Association of Australia, and involving agencies such as Hypetap, Vamp, Tribe, Social Soup and Publicis Media, the group is aiming to establish a new code of practice, covering topics such as measurement, transparency and authenticity.

Elsewhere, news that Australia would be one of the first testing grounds for the removal of the Likes count made headlines around the globe - and overtook Twitter feeds. Many within and outside the space welcomed the move from Instagram, which is likely to rollout on a permanent basis worldwide.

Then there’s been the emergence of new platforms, such as TikTok, and brands such as Superdry are already tapping the new influencers for campaign launches.

So as the industry finds firmer ground around best practices, and the landscape begins to change with new players, we spoke to experts to see how they think 2020 will play out.

Television
This year in TV was full of highs and lows, with broadcast video on demand (BVOD) growing and the traditional TV ad market sliding.

TV bosses at this year's upfronts each spoke to the shifting industry landscape, as viewers look to consume content on a variety of screens throughout their households.

Enter VOZ or Virtual Australia, the new measurement platform to launch in February 2020.

Agencies and TV executives both see this new system give\ing clients a better understanding of how audiences are shifting and, while they may not be watching the traditional TV screen as much, they are still engaging with the major network's across multiple devices.

Publishing
The publishing sector went through big changes this year, from restructures, new titles and the doubling-down on subscription-based funding models.

Throughout the year Nine and Fairfax Media completed their merger. The new business resulted in further redundancies, a feature at other publishing houses such as News Corp Australia and Buzzfeed Australia.

In another shake-up for the sector, Seven West Media was gearing up to sell Pacfiic magazines to Bauer Media but the Australian Competition and Consumer Commission (ACCC) has some reservations. The acquisition would give Bauer firm control on the publishing market.

Radio
Radio experienced sluggish advertising revenue in 2019 and increased competition from podcast makers, but leaders are  confident of a positive 2020.

In line with trends across the wider media landscape, ad spend dragged and, in response to the tough market, Southern Cross Austereo (SCA) and Nova both reportedly made a round of redundancies.

To firm up advertising spend in regional markets, the industry united for the Boomtown program, as well as a new reach and frequency tool.

In further consolidation in the local media market, Nine took took full control of Macquarie Media, while ARN closed its esport venture to focus on audio.

The explosion of podcasting continued in 2019, meaning radio has more competitors in the likes of streaming platforms, such as Acast, and news publishers such as News Corp Australia.

Out Of Home
A stand out sector in 2019 against falling advertising spend on most traditional platforms.

Will Out of Home grow its market share at a faster rate than all other sectors?

Experiential marketing took a starring role in 2019 as more brands seek a way to cut through the noise.

This year AdNews delved into why experience runs deeper now more than ever before in our June investigation.

If you haven't already, check out the cover Joel Moore, better known as Mulga the Artist, created for the issue - it really is quite the experience.

In 2019, we have seen brands including Foxtel and Samsung jump on the experience bandwagon and prove that the best way to connect is through an experience.

Adtech in Australia is about to get a makeover following last week’s announcement that the ACCC will start an inquiry into the digital advertising tech supply chain, focusing on digital display ads.

This follows on from the consumer watchdog’s inquiry into Facebook and Google which saw the federal government announce plans to introduce a binding online privacy code into the Privacy Act.

Overseas, California is also preparing to launch the California Consumer Privacy Act (CCPA) which has already influenced a number of vendors based in Silicon Valley and the products they are offering both in the States and internationally.

As privacy ramps up, there have been many discussions on what future lies ahead for the cookie with some arguing it is crumbling and others saying it is facing an “identity crisis”.