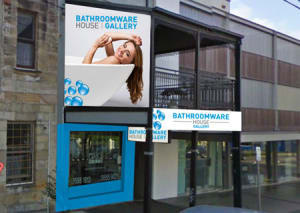 Complaints against a “menacing” advert showing a woman holding up her fist to her partner has been upheld after the Advertising Standards Bureau (ASB) found it was portraying domestic violence. However the brand, Bathroom Warehouse, has questioned the verdict noting that the advertising watchdog needs to be “challenged.”

The television commercial for Bathroom Warehouse featured a female voice-over talking about wanting a new bathroom and demonstrating her unhappiness with her current bathroom. In one scene the woman is seen holding a clenched fist to her partner, who cowers with his hands held up.

One read: “What particularly offended me was the image half way through where the female raises her hand to the partner causing him to cower in fear for being hit. I think that in the current environment with so much about domestic abuse that this is disgusting.

I am a survivor of physical domestic abuse and think that being able to put this in advertising especially not in a series matter, is disgusting, inappropriate and even sexist. I feel if it was an image of a male threatening a female partner that this would not be aired.”

While the advertiser's production company emphasised the 'tongue in cheek' nature of the ad in its response, the ASB upheld complaints for “inappropriate imagery for a woman threatening a man with physical violence.”

“The board noted that in connection with the image of the woman with clenched fist and the narrative, the overall tone was one that was menacing and threatening,” The ASB said.

“The board noted the serious community concern relating to domestic violence and violence in general and considered that the advertisement did not portray violence in a manner that was justifiable in the context of a bathroom renovation outlet.”

However in its response to the determination, the advertiser questioned the verdict made by the ASB.

“We are of the belief that the determination made by the Advertising Standards Bureau needs to be challenged,” the advertiser said. “Firstly, the very fact the commercial was granted CAD acceptance without any change required means it passed stringent checks placed on all commercials before being permitted to be broadcast.

“We feel the threat of the [wording] accompanying this image is hardly menacing and the resolution depicted at the end of the commercial shows they are both very happy with each other as a result of visiting Bathroom Warehouse.”

In addition, the advertiser noted that the commercial was simply following story lines from many reality renovation shows aired on Australian television.

“We feel the content of this commercial is a simple story that is played out in many households throughout our country and is often depicted in many free to air programs broadcast on Australian television,” it said.

“One only has to watch an episode of ‘The Block’ or ‘Renovation Rescue’ to see real life situations where couples have heated exchanges over renovation issues. We are merely trying to utilise these typical situations to explain our message.”

When an ASB complaint is “upheld”, the advertiser is request to remove or amend the advertising as soon as possible.