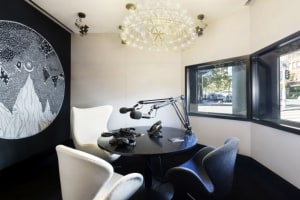 For this month's AdNews podcast the team got together to discuss some of the biggest issues, news and updates from adland, including what's going on at Carat, Nicole Taylor's plans for McCann and Ten's All Access reveal.

With editor Pippa Chambers jet-setting off to the UK, digital editor Lindsay Bennett and Journalist Josh McDonnell discussed the future of Carat's leadership following the departure of CEO Paul Brooks.

The team also examined the role newly-appointed national CEO of McCann Australia, Nicole Taylor will play in the restructure, development and strengthening of the business.

Turning their attention back to the world of television, McDonnell and Bennett bounced around the impacts of Ten's announcement that it would be launching a local version of the popular paid streaming platform, All Access.

With Ten revealing that the service would be unveiled in December this year, the team waded through the impact this would have on its direct TV competitors, as well as the growing premium streaming market.

Continuing the discussion on streaming, McDonnell was then joined by Stan CEO Mike Sneesby, as he broke down what All Access means for his business, the recent Nine/Fairfax merger and whether Netflix would start advertising on its platform.

We're now on Acast, so check it out below or head over to iTunes.