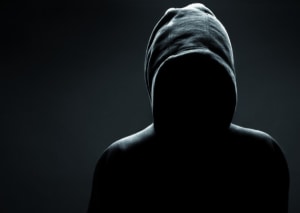 This first appeared in AdNews' May Magazine.

Under cover of anonymity, the worst of human nature is revealed along with “impossible” strategies, dire comms and duped clients in the first of a series of raconteurs to bend the ear of AdNews.

The best thing about leaving the big media network game is?

Not having to deal with the politics or CEOs who you have limited respect for, but are experts in the politics of business. I had at least three or four of them within my network. These people pushed their own agenda rather than that of their staff, their clients and their business.

What’s the best part of network agency culture that you miss?

The elaborate network Christmas celebrations. Seriously, I can’t think of anything I really miss.

And the worst bit?

The politics. Lack of integrity.

The strategy of internal hubs/ silos versus the one group ‘holistic’ approach. What works and what doesn’t?

It is impossible to make the one group holistic in approaching work. Even if you have the best intentions, which our network did, it is impossible to deliver due to scale, company/individual KPIs, and ultimately politics.

How good was internal communication?

Terrible, having worked at four of the big six, they were all the same. You would hear about very senior people leaving the agency from reading articles in AdNews or even from competitor agencies. I understand the need to keep things quiet and to control the comms for the good of the staff and the clients, but it was always leaked. I could never understand why they didn’t have a process to deal with this, and if they did why they always left it too late.

Typical agency politics that got you down or got in your way?

People who only thought about themselves and what they needed to do to get themselves ahead at the expense of others in their agency. Unfortunately that is the worse of human nature. I worked in large networks for over 15 years and was successful by showing integrity, being honest, driven, and building strong relationships.

What key things are overlooked in agency world?

Clients. Big networks have shareholders/stakeholders to appease and clients and staff in many cases (not all) were the ones to suffer.

Who holds the power and influence within the agency/network and does anyone else matter?

The companies/individuals in the networks that make the money. On a few occasions the HR person can have a strong influence with the CEO, but ultimately the CFO/COO holds many of the cards as they’re not in the firing line if it all goes wrong. However, they’re happy to be the king once the ‘king is dead’.

Innovation. Is it happening?

The best part of networks is the opportunity to leverage what other markets are doing globally, and using those innovations to bring back to Australia. On many occasions we would talk a great game, but would never realise it due to clients not being prepared to take a risk or release funds to make it happen. There was action though, but limited to the biggest clients who had the budget to take that leap of faith. Agencies themselves were rarely prepared to take that risk without revenue attached.

What needs to change to improve agency culture?

All agencies I‘ve worked at have done so much for their staff to improve culture, but turnover continues to remain at over 30%. I put this down to a lack of skilled staff in Australia and with new 457 laws it isn’t going to make it any easier any time soon. However, they could do more with flexibility for return-to-work mums. The agencies I worked at always had more female staff. Losing so many great people because of workloads, socialising to keep up with their male equivalents, and balancing home life makes it too difficult for mums. I’m sure equal pay also comes into this, but it’s not something I was exposed to.

What are the strengths and weaknesses of the client understanding of media planning?

Clients generally have very limited understanding of media. They are easily influenced and because of that, are easily duped. Many clients at a particular agency will now be feeling that. That said, the larger the client the better their understanding as they can afford to employ media specialists. For the rest, which is the majority, they struggle to keep up with the pace of media. However, this is why media agencies exist. Also, the importance of clients being diligent when selecting their agency ensuring they are one they can trust to do the right thing for them.

Do agencies take advantage of these gaps? For example, everyone talks about arbitrage in programmatic trading and media buying, etc.

Yes. The need for transparency has never been greater, but network agencies aren’t at any time soon going to give up that revenue. You can look at a smaller network agency a few years ago where the leadership team was basically sacked for attempting to be transparent too quickly. Sounds ridiculous, but in any business with shareholders they aren’t going to be happy to take significant cuts in revenue unless you can find a way to replace it.

What would you like to see happen to create a healthier media buying ecosystem?

I would like to see clients better understand media planning and buying so they can make a more informed decision, but understand they may need to pay more for the services they receive, which could be the first step to ensuring improved transparency across the industry.