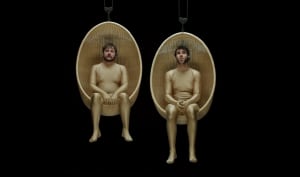 A new year means a swathe of incredible creative work to review from the last. This year, nine of the best ad agencies are going head-to-head to take out the top award in Val Morgan's Australian Creative Excellence Showcase (ACES). After much anticipation, the finalists have now been named.

Val Morgan managing director Daniel Hill says he is thrilled to see the “continued relevance of first class advertising” in 2016.

The judges from ACES also noted that the slew of work really “raises the bar for Australian creativity”.

"The entrants to the ACES this year are reminder that there is incredible creative work going on in Australia. Clients and agencies should be proud of the quality and diversity of work being produced. We landed on a strong list of finalists that we feel raises the bar for Australian creativity."

Which ad will be crowned the winner? Check out the finalists below.

Think of the Fathers – Bonds

The Lucky Ones – Parkinson's NSW

Roll Home With a Chiko – Simplot