AAP unchained today with a new and unusual ownership 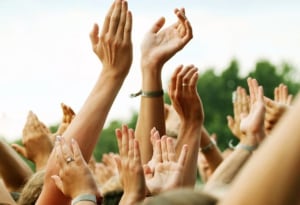 The newswire almost faltered and died, its owners publicly announcing its closure in March this year saying AAP could no longer compete with free information on the internet.

It now owes its continuing existence to about 35 people, describing themselves as philanthropists and impact investors wanting to making a positive contribution to society.

They have tipped in enough cash from their own pockets to get AAP through a bumpy couple of years ahead as the newswire resets its business without its former big media owners News Corp and Nine Entertainment.

The process to independence and not-for-profit was so swift that there isn’t yet a charter or some form of statement with its aims.

Peter Tonagh, a former News Corp Australia CEO and now the chairman of AAP, and a small group of directors, including Nick Harrington and John McKinnon, are working on a charter of independence.

“The journalists can point to it and say, ‘This is the commitment. The board is not going to interfere with the editorial independence of the business’,” Tonagh told AdNews.

“Those of us on the board and those people who put their money all know that they've got no rights to influence what’s said about anyone or anything.

“What we will do is we will determine areas of focus but we don't get to say what gets reported.”

The new AAP is a smaller operation, with around 85 staff (about half its former level), most at the editorial front line, producing a wire to serve those media organisations outside News and Nine.

Tonagh says AAP is a company structure, called AAP Acta Diurna (an ancient Roman form of a news sheet), but it is a not-for-profit entity and those who have bankrolled the newswire don’t get a say in how it runs.

“Basically it's a member-led organisation of those people who have invested, a large number of philanthropists,” he says.

It’s not known how much the philanthropists (or even who most of them are) put in to keep AAP going, but it ranges from the thousands to the millions.

Industry insiders say $10 million would be enough capital to ride out the next few years to a model where AAP stands on its own feet without the $15 million it used to have from the big shareholders.

The philanthropists acted because they could see AAP’s absence shrinking media diversity into Australia, further concentrating the news agenda into the hands of few.

“This is a really, really tough time for journalism generally and it's accelerated by the current environment we're in,” Tonagh told AdNews.

“If you took AAP out of the mix, suddenly you've got 150 journalists who are going to be out of work at the same time.

“And you've got a whole bunch of entrepreneurial ventures that are going to collapse because they don't have the newsfeed that's so important for them.

AAP has a competitive market ahead. Former shareholder News Corp is building its own internal newswire which it plans to offer on the open market next year.

Emma Cowdroy, the newswire’s former general counsel and now CEO of the new APP, welcomed the finalisation of the sale today.

"The successful sale has ensured that AAP has not only survived but that it now has the opportunity to thrive," she says.

"Our backers and the board are united in our determination to continue AAP's critical role as the source of truly independent news for all Australians.

“The value of independent journalism for the benefit of our society has never been more important and the new-look AAP will be underpinned by this philosophy."

Bruce Davidson, who was the CEO of AAP for 10 years, wishes the new owners every success.

“The legacy of the news agency is in good hands and I’m delighted that the spirit of AAP will live on into the future,” he says.

Davidson has departed AAP to run what was left after the sale of the national newswire.

Mediality has a headcount of about 130, with 95 of them full-time roles.