‘9Honey has exceeded all our expectations’: Helen McCabe 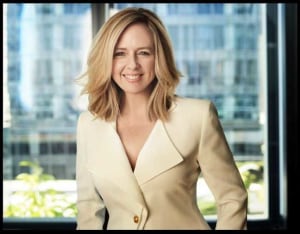 It’s a year since Nine merged its women’s verticals under the 9Honey network brand to create a “one stop shop” for female audiences. But for Nine lifestyle boss Helen McCabe, the thing that stands out is how it has defied expectations.

“The thing I’m most pleased about is that a television network can produce an online lifestyle network that becomes highly competitive in less than 12 months,” says Helen McCabe, Nine’s Digital Content Director.

Over the past year 9Honey has surged in unique audience, reaching a high of 1.954 million in July and consistently achieving the highest levels of site engagement among its lifestyle peers – more than 13 minutes 23 seconds per user in September.

“We knew we had a strong formula but I could never have imagined we would get to a unique audience of almost two million in the first 12 months,” McCabe said.

“People will say this site is bigger or that’s bigger, but what you can’t dispute is that we are number one on engagement.”
9Honey’s Network Editor, Kerri Elstub, agrees, arguing that the formula for the site’s success is in its upbeat editorial formula.

“It has been an amazing learning curve,” says Elstub. “We have focused on catering to middle Australia and our readers tell us what they want in no uncertain terms. I’ve been thrilled to see people organically sharing our content on social media or just reading it on the train, for instance.

“Our approach is to be a positive and fun space to be in, and this is especially powerful for clients who are focused on female audiences.”

McCabe says there is a strong correlation between Nine’s television audience and the 9Honey online audience.

“I often talk about 9Honey being for the women who watch our TV shows – everything from the Today Show to The Block and Love Island. What makes 9Honey different is that it’s a mass-market women’s site. We are going for scale and reach – we are not looking at niche audiences, so we have to hit that broad audience with our story choices.”

2017 has also seen Nine overhaul its native offering around online lifestyle properties, aligning it with its integration arm 9Powered to offer broader solutions to clients.

“We recently relaunched our native offering to move towards more 360-based solutions from our 9Powered and Creative Solutions teams,” says Anna Quinn, Nine’s Director of Content & Commercial Strategy. “As part of a broadcast network we have access to amazing assets which include talent, video capabilities and exclusive content that can provide unique solutions for clients.”

McCabe says there is still a lot to do for 9Honey next year.

“We will be completely reimagining the site, and we are in the process of looking at what a women’s lifestyle site of the future might look like.”

McCabe also notes that from a content view, 9Honey will continue to build out its stable of podcasts, which currently include Honey Mums, Life Bites and the new What the F@*# is for Dinner, while also preparing to launch a half-hour chat show around Married at First Sight on 9Life in 2018.

“We will build out our slate of podcasts and they will be a bit surprising and then in the television realm we are going to turn the 9Honey stars into TV stars,” says McCabe. “We already have some TV segments, and next year we will have our own show off the back of Married at First Sight, and therefore a lot more online video to offer as well.”