'We punch so far above our weight here': JWT global creative Matt Eastwood 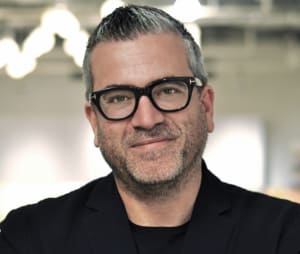 Being an Australian himself, Eastwood is passionate about the effectiveness of the Sydney, Melbourne and New Zealand agencies, which means being involved in creating more bespoke work for Australia, as well as global work.

“Australia is being seen more and more as a lead market rather than an adaptive market,” Eastwood says.

“What’s happening now, and a lot of it is driven by me because I know what Australia is capable of, is more original work is coming out of Australia. Traditionally in a global network, work would come out of the US and the UK and be adapted for Australia.

“Because I know the creative capabilities of the Sydney and Melbourne offices, Australia is leading the market more than it's being the adaptive market and that’s a huge difference compared to before I came on board.”

Eastwood has been in his role at JWT for almost three years, joining from DDB New York after spending nearly five years at DDB Australia.

In the WPP financials, the group CEO Michael Connaghan called out JWT, as well as Y&R and Grey, as agencies needing attention in Australia to catch up to their international reputation.

But with Australia recently placing fourth in the WARC 100 rankings and Campaign Brief naming JWT third best creatively in Australia, Eastwood says the agency is well on its way to equalling its local and international status.

“I have a lot of passion for Australia to do well. I may be sitting in the global office, but I want my home country to be successful,” he says.

On a recent project for Johnson & Johnson, Eastwood explains the marketer asked for both Sydney and Amsterdam to come on board to help with the creative for a global project.

“Australia’s global creative reputation is way beyond its size. We punch so far above our weight here and having that reputation propels not only the Sydney office, but Australia,” he says.

Eastwood also credits Sydney ECD Simon Langley as the definition of a “modern creative leader” and describes him as passionate, client-friendly and genuine.

“Langley has done a great job getting the work out at a better standard each year. Similarly with our Melbourne office, which is slightly bigger than Sydney and growing rapidly.”

Likewise Samsung has tapped Leo Burnett Sydney to create global work for its Galaxy S8 phone as well as the Rio OIympics.