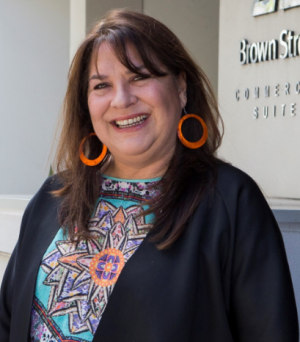 Some may have you believe the days of independents are coming to an end, with agencies being mopped up by consultancies and mergers within holding groups driven be efficiencies, but industry veterans John Driscoll and Angela Nutton are confident the Perth market is ripe for the taking.

The former Seven West Media WA CEO John Driscoll and former OMD WA managing director Angela Nutton recently set up a Perth-based media and marketing consultancy that they believe will offer an alternative to those frustrated by multinational agencies.

“People are screaming out for independents because they are tired of being told the same thing by the majors,” Nutton said.

The agency has two divisions, Longreach Media and Longreach Consulting. The consulting arm of the business runs as a separate entity, headed by Driscoll, and provides services for boards and CEOs.

Nutton said the Perth market is in need of independent agencies that can offer stability at a time when it's had major changes at senior levels, most recently with Perth-based Marketforce losing two CEOs in 12 months, one being Driscoll himself.

“There’s so much turmoil and change in the industry, some good and some bad,” she said.

“What clients had in the past is not there, they don’t know where to turn to, who to ask for help and who is going to be straight with them.”

With 35 years of experience Nutton, who has worked at Nine, Seven and Marketforce, wants to continue the momentum she was building at OMD prior to her exit in July.

She left her role as OMD WA managing director this year after being made redundant following news the agency lost its place on Western Australia’s government master media contract. In a move that surprised many, Carat and Initiative were chosen by the state to handle campaign components of its $60 million media communications portfolio following a six-month tender.

“There’s no denying OMD, despite losing the government contract, was going in the right direction and I suppose I hadn’t finished the job,” Nutton said.

“I want to make a difference, offer a real media alternative people trust.”

While Longreach Media classifies itself as a media agency, Nutton said it differentiates itself by assisting clients on all levels, including helping them in-house media capabilities.

Longreach Media, which is led by Nutton, is partnering with PHD which is responsible for its finances, insurance and also provides access to its buying and research tools for Longreach clients, including disability employment service provider APM.

Driscoll left his role as Seven West Media WA CEO in May after eight months. His time with his previous employer Marketforce was significantly longer - a near 30 years.

In his experience in agencies, as well as on boards, Driscoll found that there was a lack of understanding of where media dollars should be spent.

“Boards need to know and understand what the difficulties are,” Nutton said.

“It’s a great opportunity to be able to advise at a board level on what the changes and problems are and how they can be solved rather than hearing it from ten departments down.”

Nutton said her and Driscoll are of the same ilk and share the same passion. She started her career as Driscoll’s first hire at Marketforce and now the pair are excited to have their own agency.

“What I love about being independent is we’re not driven by KPIs set by multinationals, we’re not given targets that are unachievable and always flow down the line to staff ratios and things like that,” she said.

“Clients don’t care about that, they just want great service, someone that’s committed to what they do and that’s what I was building at OMD and I really want.”

One issue in the industry Nutton wants Longreach to tackle is transparency around pricing.

She noted there has been some improvements, but has found fees and commissions are being slashed only to have the costs hidden elsewhere, most likely in digital fees.

“Agencies have to be more transparent, they have to be doing the right thing. It’s a matter of educating the client about what the service costs and teaching them the process and that’s where I can come in," she said.