Wrigley's hoping to rev up some patriotism 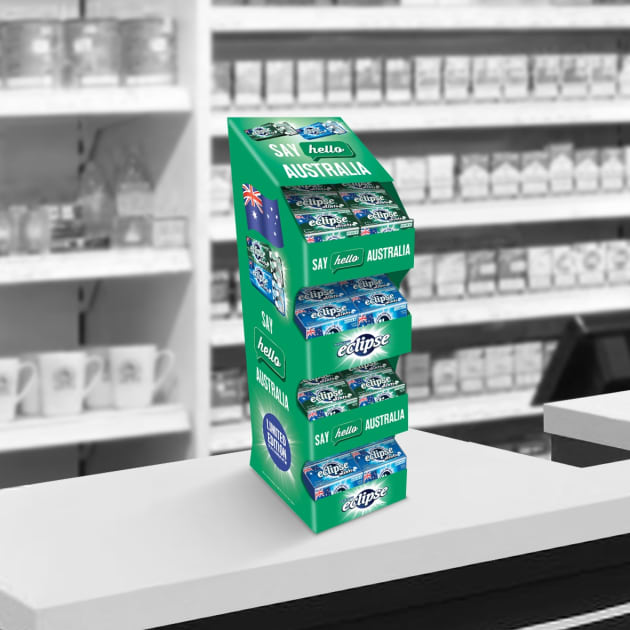 31st:Second hoping a set of car mirror socks will act as a "mobile billboard" for Eclipse Mints.

The agency has designed a set of Australia flag car mirror socks which are given away as a gift when customers pick up two 34g hard tins of the mints from Woolworths petrol stations.

To go along with the car socks, the agency has created a new in-store point of sale tower which “command the consumer's attention and emphasise the Australia Day Eclipse Mints tin”.

The tins themselves have been redesigned ahead of Australia Day, now featuring the Australian flag.

The campaign has gone live, and 31st:Ssecond's director, Vaughan Kerr, said he was hoping the car socks would prompt a conversation.

“We expect that the Aussie themed mirror socks will have a dual effect of promoting Australia Day, and also act as a mobile billboard of sorts for Eclipse Mints,” he said.

“People will organically reference the brand to everyone asking about their mirror socks.”

At Aussie, they'll...ask you to get a second opinion

The Honey Badger in a new campaign? Boom.