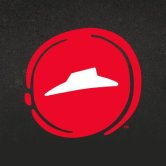 I know what I want for Christmas in July.

Creative agency the Monkeys has unveiled its first work for Pizza Hut, having won the account in March of this year.

Released on Pizza Hut Australia's YouTube page, the 15-second spot features friends celebrating Christmas in July by giving one another the latest menu items as presents.

It pushes the new Apple Pie Pizza and Smokey Honey Ham Pizza, and both gifts are received with the utmost joy and gratitude.

In other news from The Monkeys, it has been revealed Accenture bought the agency in May for the sum of $63 million.