Suncorp worked with Leo Burnett to create the Team Girls campaign to encourage teenage girls to stay in sport.

Suncorp has partnered with Leo Burnett to launch Team Girls, an emotive campaign to encourage teen girls to stay in sport.

The campaign launches off the back of new research from Suncorp revealing nearly half of Australian girls are turning their back on sport by age 17, despite two-thirds acknowledging that sport can make them feel more confident.

It features a rally cry voiced by 38 inspiring Australian teen girls and was created in a collaboration with independent director, Claudia Sangiorgi Dalimore, her music team and the girls themselves.

The rally cry and choreography has been designed to mimic pre-match motivational rituals, using the power of collective voice to reinforce the teamwork, leadership and confidence that result from playing team sports – inspiring Australian girls to stay in the game.

“When we saw the stats we knew we needed an impactful campaign that could make a difference," Leo Burnett creative director Jess Lilley says.

"We wanted it to be led by the voices of girls themselves, supported by fearless and visionary women who champion change."

The rally cry launched Sunday, 26 May in a live, televised performance by the teenagers – with electronic musician Thandi Phoenix – during half-time at the Suncorp Super Netball Melbourne Vixens versus NSW Swifts derby match at Margaret Court Arena.

The campaign continues through the Suncorp Super Netball Season with a 60-second TVC featuring the Team Girls chant.

Team Girls will also appear across social. The campaign is also supported by a broader public relations campaign Leo Burnett. 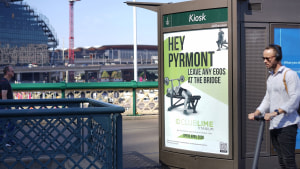 The integrated campaign has been executed across outdoor, digital, social, Spotify and search. 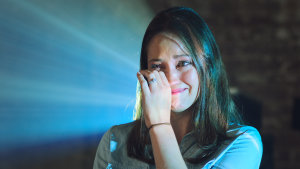 The brand is taking a stand on the growing issue of parent-shaming.