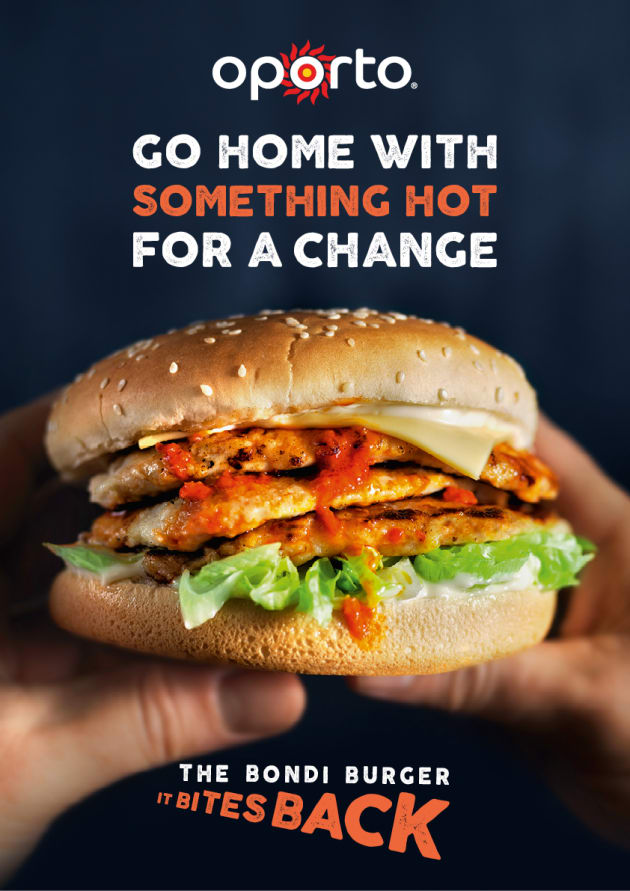 "Go home with something hot for a change" - Oporto's is back with a bite.

Oporto's has unveiled a tongue-in-cheek campaign which sets out to give the Bondi Burger a personality as spicy as its Original Chilli Sauce.

'It Bites Back', which takes swipes at suburbs and cities around Australia, is the first work for Oporto's by Host Sydney.

Others say: “Just like Bondi, minus the English accents and Sunburn.”

“In order to drive reappraisal of Oporto and the much loved Bondi Burger, we wanted a campaign that captured the sassy, spicy spirit inherent in both our food offering and our brand,” Rowed says.

“We were thrilled that our partners Host were up for the challenge, delivering us an idea with attitude, which had us laughing from the get go,” she adds.

Host creative director Jon Austin says: “It’s not every day you get the opportunity to work on Australia’s most iconic burger. It’s even more rare that you get to put 'burning the good people of Australia’ on your timesheets. This campaign allowed us to do both.

“It Bites Back was a hugely fun project, and we look forward to creating even spicier work together with Vanessa and the Oporto team in the future."