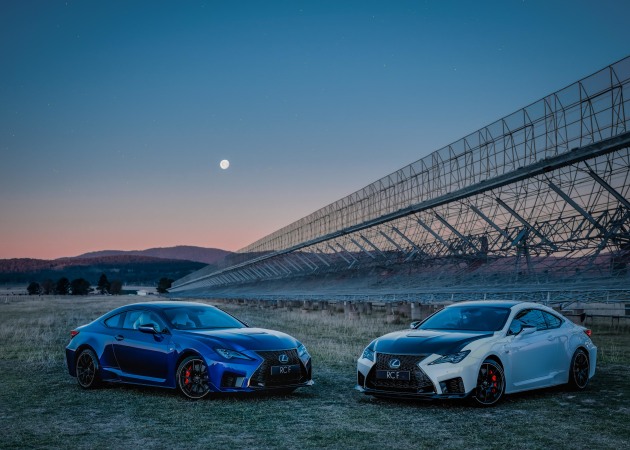 To showcase Lexus’ involvement in the upcoming film Men In Black: International the sound of the vehicle’s 5.0-litre V8 was encoded into an audio waveform that was transmitted to deep space.

Through an exclusive partnership with Swinburne University’s Centre for Astrophysics, the sound of the vehicle’s 5.0-litre V8 was encoded into an audio waveform that was transmitted to deep space with the open invitation: “New Lexus RC F. Earth. We’ve been expecting you.”

“Lexus is proud to anticipate the needs of its customers before they’ve communicated them and we are excited to take that philosophy beyond earth to new worlds with this innovative partnership," Lexus marketing director Vin Naidoo says.

The campaign goes behind the scenes of the project from the Calder Park racetrack where the V8 engine was recorded to Swinburne where Professor Matthew Bailes and his team encoded the message.

It concludes at the Molonglo Observatory Synthesis Telescope near Canberra as the transmission was beamed towards Orion's Belt – a reference to the original Men In Black film starring Will Smith and Tommy Lee Jones.

“We’ve all worked on a lot of campaigns in our careers which talk to different target markets but aliens is definitely a first. Lexus has been all in on this RC F project. We’re excited the invitation is now in space. Even more so about what we might hear back," M&C Saatchi Melbourne executive creative director Emma Robins says.

The campaign will roll out via social media and Lexus' owned assets.