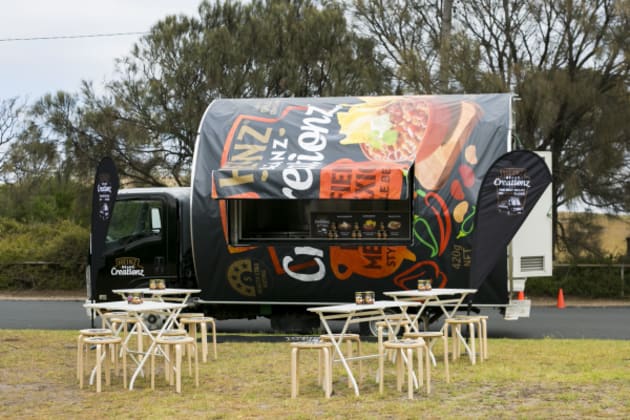 Heinz is taking its latest bean sensations to the east coast of Australia in the Heinz Beanz Creationz ‘food truck’.

The food truck will be stopping at metro and regional areas, serving up the latest Heinz creations.

To make things more delicious for Australian beanz fans, MKR star Ash Pollard is being picked up along the way for three locations.

Pollard will be set the challenge of creating a yummy $5 meal which will be sold to fans in each location. All money raised will be donated to a nominated surf club in the local area.

The Heinz activation will be at Sydney destinations including Darling Harbour, Bondi Beach, Circular Quay, Metcash HO and Westfield Chatswood.