'Led By None' a customer research piece produced in partnership with Fabric, which identified the unique opportunity for the brand.

General Pants Co. have launched new brand positioning LED BY NONE to celebrate individuality in a world with no boundaries.

The launch follows an extensive customer research piece produced in partnership with Fabric, which identified the unique opportunity for the brand.

“The insights we gained from customer research were an eye opener into Gen Z," Fabric managing partner Gemma Rees says.

"They’re making up their own rules, their identities are more fluid, they are less constrained by labels, and they are confident in their self expression.”

To launch LED BY NONE, the brand introduces GEN P, a collective of individuals who are united by their individuality and a shared ethos – living beyond the boundaries of conformity.

The campaign is a fresh take on the age-old debate – ‘What’s wrong with this generation?’ Showing that the next generation have not only been labelled unfairly, they have been completely misunderstood.

“LED BY NONE has always lived innately within the brand DNA, but this is now an exciting platform for us to connect with our community," General Pants Co. CEO Sacha Laing says.

Laing says the campaign will disrupt the market with its raw, bold and unpredictable message.

The brand’s customers and staff members also feature as the individuals highlighted in the campaign.

“General Pants has always been an outlier, a brand who is proud to stand out, to be different," Fabric creative partner Keenan Motto says.

"This campaign is a reigniting of this attitude. Celebrating the differences between us, rather than placing labels on those different from us.”

The campaign will run from mid-November until the end of the Christmas period, existing across instore, on front windows, OOH, social, digital and performance media. 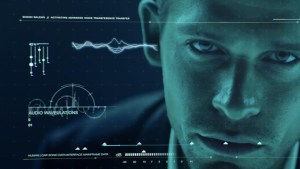