Garnier goes from 'Coast to Court' at Australian Open 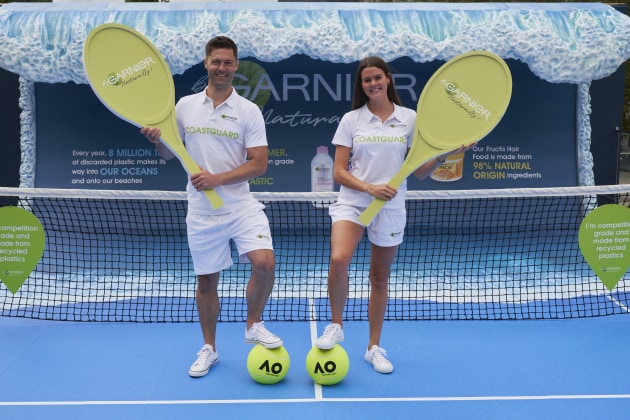 Bastion EBA has created an experience for the brand during the Australian Open.

In Garnier’s second year of partnering with the Australian Open (AO), the brand has utilised the sponsorship to amplify its existing Coast to Court creative campaign currently in market.

As part of this program Garnier is excited to have produced the first competition grade tennis net made completely of recycled plastics.

With more than 800,000 fans estimated to attend the event in 2020, the Garnier Coast to Court activation helps tennis fans take a journey through Garnier's mission to reduce the plastic waste making its way into our oceans and onto our beaches every year.

The experience invites fans to walk through the wave, feel the mist of water on their skin, learn about Garnier's sustainable approach and, on their way out, take a unique photo and a sample of Garnier's Micellar Water - with its 100% recyclable plastic packaging.

“If we can engage in a conversation and offer a fun and interactive activation that truly resonates with Australians, then it’s the first step in creating a more sustainable future.”

Bastion EBA was responsible for building an activation for Garnier that amplifies their existing Coast to Court campaign and heroes Garnier's Green Net.

The Coast to Court activation featuring the giant wave on Federation Square, the mini version at Show Court 3 and the team of helpful Garnier Coast Guards roaming the AO grounds help Garnier serve a greener summer of tennis from the coast to the court.