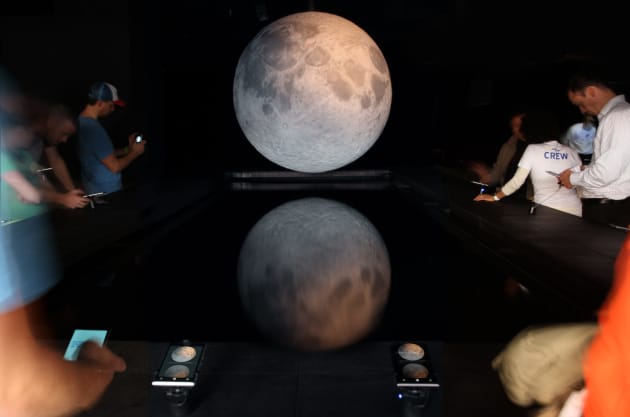 Nokia is taking consumers to the moon with its new experiential campaign that aims to promote the Lumia 925's low-light photographic capabilities.

The pop-up space in Sydney's CBD houses a large-scale replica of the moon over a body of water. The initiative allows consumers to try out the Lumia 925 and take photos of the moon in the darkened room.

The Nokia moon will mimic the actual moon's phases changing from a full moon to a quarter moon and a crescent moon.

James Dive and Paul Bruty from The Glue Society said, "The moon has inspired people and artists for thousands of years. And even today, despite all the scientific knowledge and investigation, there is still something rather mysterious and magical about its presence."