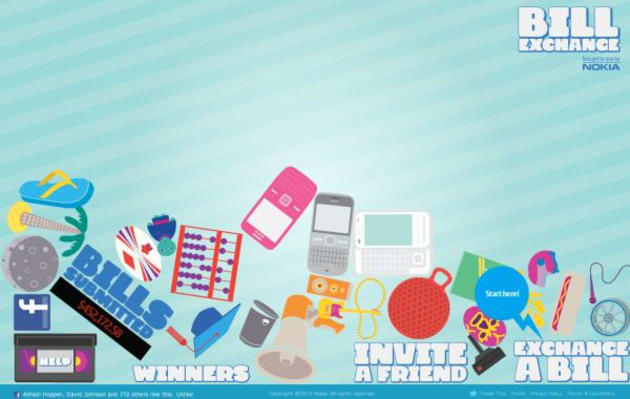 Nokia has unveiled a campaign called "The Bill Exchange" to promote its new range of youth targeted instant messaging phones.

Developed by JWT, the campaign is predominantly online and will be supported by targeted print and outdoor advertising on university campuses.

The campaign encourages consumers to 'exchange' their bill value into something they would rather have spent their money on.

The most original and outlandish wishes will be granted. For example, someone who wanted to go to the moon was awarded a NASA training day at Luna Park.