Lying to the Australian Public 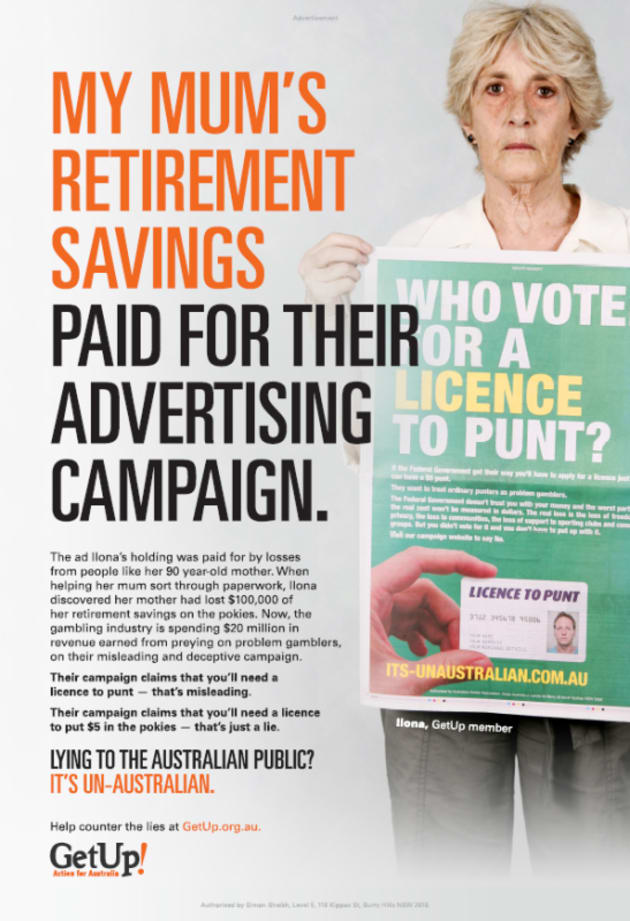 Political activist group GetUp! has run a full-page counterpunch ad in The Australian newspaper today in response to the AHA's $20m campaign against pokies reform.

The ad tells the story of Ilona Roberts, who discovered her 95-year-old mother had spent over $100,000 on poker machines.

It comes after the launch yesterday of a campaign in which the AHA and Clubs Australia label the government's planned pokies reforms "un-Australian".