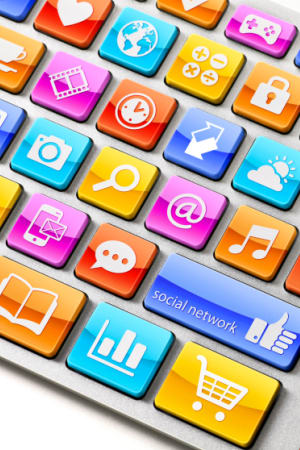 Social media is over-hyped. That’s what word-of-mouth marketing evangelist Geno Church thinks. Too many brands are still jumping onto social tools and tactics without really knowing why they are using them, he says. Agencies agree but say it’s improving.

Church, who runs US word-of-mouth agency Brains on Fire, was speaking to the industry at the first of the Influence Group’s ‘Influence’ breakfast events. He told the audience only brands that evoke a strong emotion are likely to be talked about and earn consumers’ conversation. Brands need to recognise the motivations for interacting online and offline are different, Church said, advising them to pay more attention to what they want to say than what channel they say it on. He added that there are offline opportunities for brands that are more relevant than social channels that shouldn’t be ignored because of a desire to “tick the box” of social.

Aden Hepburn, managing director of VML, agrees that it is still the case that brands jump into social without having a purpose set out, but that it is declining. He says unless a brand has identified what they should, and shouldn’t, get involved in on social media and what consumers will allow them to connect around, some would do better to steer clear altogether.

“A year or 18 months ago you would have found a lot of top brands jumping in and starting [Facebook] pages,” he said. “A lot of big brands do small chat when they don’t have a good content strategy. Once you’re manufacturing stuff to talk about, you’re already failing.”

Nicola Swankie, head of social media at Leo Burnett Sydney, says brands also need to recognise that it’s okay to say ‘no’ to social media. Not having a presence can be a better option than talking for talking’s sake, but if social is essential, it should be part of the brand’s strategy from the start rather than retrofitted after a TV campaign has been created, Swankie said. She has advised clients eager to adopt social channels away from using them when it would be irrelevant for their brand or objective.

Lion’s national marketing director, Matt Tapper, says the company’s social media strategy is always driven by an idea, rather than the channel. For some of its brands, like Boags Draught, social marketing only plays a small part in the media mix, because it’s less relevant to the target audience. Others, such as its Summer Bright Lager or Tooheys 5 Seeds Cider, have a more digital and social media-led strategy. “It comes down to the target and the media that those consumers are consuming and getting to those eyeballs,” Tapper said.

This article first appeared in the 1 November 2013 edition of AdNews, in print and on iPad. Click here to subscribe for more news, features and opinion.