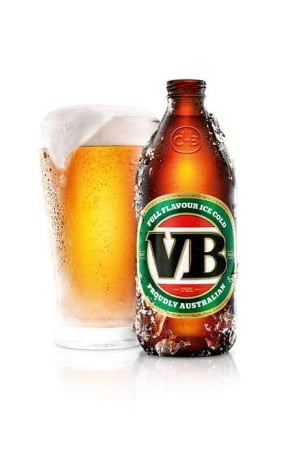 A year on from its very public u-turn, Victoria Bitter is achieving strong growth helped by a major multimillion dollar brand advertising campaign. The brand is planning a big summer with some innovative marketing actitivy planned around The Ashes.

VB has grown 5.1% in the last year, ending a decade of decline. And also ending any hopes of a payout for AdNews following a $300 wager with The Future Laboratory co-founder Martin Raymond, made earlier this year. Raymond predicted a major resurgence for the VB brand earlier this year – a result of appealing to “blokes”.

The growth figures, revealed in parent company SABMiller's second quarter results, show the success of the company's decision to revert back to its full flavour and strength after changing the brew in 2009. SABMiller CEO says the company's "brand restoration" plan in Australia is working.

He told AdNews: "It was a combination of factors. First getting the product right, then returning to iconic packaging and restoring the Victoria Bitter name on bottles, as well as the communcations. We returned to our 'hard earned thirst' message appealing to blokes working hard and getting the job done, because that's what the brand has always stood for."

To keep the brand's momentum and performance up, CUB is planning a "big summer" of advertising and brand activity including a "first to market technology that will ensure Aussies don't miss out on a minute of The Ashes this summer". But no more details yet.

VB is the sponsor of the Australian cricket team.

CUB's crown lager is also going from strength to strength, growing 10% after its repositioning as ‘Australia’s finest lager’ earlier this year.

Its Peroni Italian lager is up 25%.

The overall beer market is in decline, with volume sales reaching a 66-year low, according to the Australian Bureau of Statistics. Brewers are turning to brand building and investing in craft beers to turn it around.