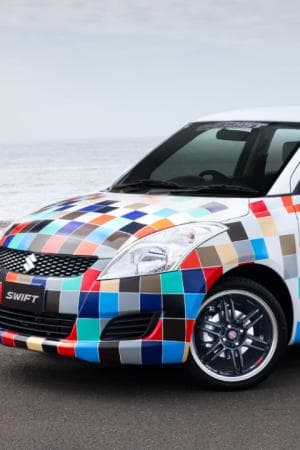 Suzuki marketing boss Andrew Moore has given a ringing endorsement to TV sponsorship and integration, particularly after his experience with The Block. He said sponsorship presented twice the value of normal TV spot ads.

Suzuki saw a threefold increase in its web traffic during broadcasts of The Block because of the car brand’s sponsorship of and integration into the Nine program, according to Moore.

Moore told AdNews the brand normally receives 300 visits to its site in an average night-time hour, but during an episode of The Block it had 1,065 hits. That particular episode had Suzuki integrated into the series through an ‘Art Car’ challenge in which contestants were briefed to come up with designs for the Swift model.

“I’d say from an ad spend perspective, it’s double the value you would get from spots and dots,” he said. Moore added advertising in the breaks within and around the show reinforced the package. “TV ads then give you the opportunity to tell the price story. You can’t convey that in the show. Within the program, you can show the brand’s personality. With part of the story already told [through integration], [the ads] are the support story.”

He said Suzuki’s brand tracking backs up sponsorship’s efficacy. “Our tracking has shown that regular viewers of The Block rate certain brand attributes such as ‘stylish’ and ‘innovative’ 150% higher than non-watchers.”

But what about that all-important sales conversion? “It’s a little bit anecdotal. In terms of trackable sales, it’s a bit loose. We had a good sales period when the show was on but there were other factors as well,” Moore said. He added one challenge in the program in the previous series featured a particular dealer location who then sold five cars of the featured model the following weekend. Dealers have also reported customers come into store asking for the “car that was on The Block”.

However, he argued any integration has to be balanced with the content of the show.

This article first appeared in the 29 November 2013 edition of AdNews, in print and on iPad. Click here to subscribe for more news, features and opinion.