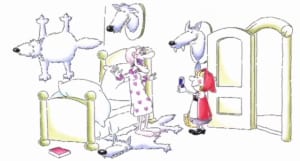 Red Bull confirmed the account move to AdNews, saying Vizeum would start working with the brand in October.

MEC has handled the Red Bull account for the last four years.

Red Bull's media spend was $7 million in the 12 months to May 2012, according to Nielsen. However, one source suggested the account was worth $8 million, while another said it was worth between $10 million and $12 million.

The win marks one of the first pitch wins for Aegis agency Vizeum. The agency brand is a major focus for Aegis at present, with several clients and staff moving into the agency from MPG and Mitchell & Partners to bolster the agency.

While Vizeum has a strong client list with billings over $100 million, the majority of these clients were shifted from other Aegis agencies.

However, the Red Bull win is a direct win for Vizeum.

According to Nielsen, San Remo spent $2.6 million on main media in the 12 months to May 2012, but a source said the account is worth closer to $5 million.