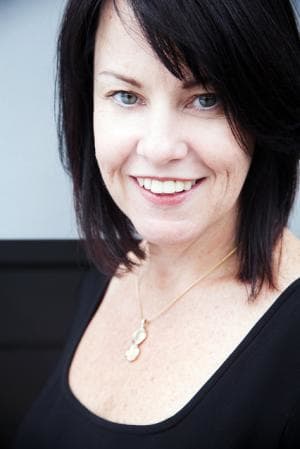 Pandora Radio, the streaming radio service which just topped 200 million US registered users, is gunning for one million in Australia by year’s end.

Gleave will take up his new role in business development across Australia and New Zealand next month to replicate the success Pandora has had in North America with its service pre-loaded on more than 1000 consumer electronics devices and in new cars – more than 80 car models there carry the ad-funded and subscription music service.

In Australia Pandora will be pre-loaded into 80 per cent of new Holdens by the end of this year and Gleave’s role is to strike deals across the auto sector and with consumer device manufacturers selling in the Australian market.

When asked how many registered Australian users Pandora  had after its soft launch last December, Huxley said “hundreds of thousands, easily.”

And responding to the possibility of Pandora reaching 1 million users in the next two years, Huxley said: “It won’t take a couple of years for a million. I’d like to get there this calendar year. That’s the number I’m focused on. Based on the current [sign-up] rate, it absolutely looks like it’s possible.”

Huxley said 75% of Pandora’s traffic was from mobile devices, making Gleave’s appointment a critical one – Australia is the first market outside North America to launch the Pandora radio service.

Huxley said Pandora’s marketing strategy to woo users here was “an advocacy model, not an advertising model” although ironically, the service will eventually offer Australian advertisers the ability to deliver ads to users who choose not to pay for an ad-free service via subscriptions.

The average Pandora user recruits another eight people to the service, Huxley said.

On the embedding of Pandora in devices and cars, Huxley said it was an important part of Pandora’s distribution approach. “Cars for us is a longer term play but Holden has been awesome,” she said. “They see entertainment in vehicles as a critical differentiator.”

Gleave will be Huxley’s first hire – she quipped that although managing director of the start-up, she spent most evenings stuffing envelopes with t-shirts and sending them to Australian fans.

“I’m doing what I’m being paid to do – grow the business as fast as we can,” she said. Huxley is hiring a country manager for New Zealand currently.

Huxley has already created some tension in the radio sector because Pandora is not a bespoke music streaming service like Spotify, Telstra’s MOG or Sony Music and Southern Cross Austereo’s Songl. Instead it operates under a radio license with “personalised” radio channels rather than an on-demand music service.

Here’s the comment thread between Commercial Radio Australia’s CEO Joan Warner and Jane Huxley from an AdNews story in February which best explains how Pandora operates. Read all the way and we might all just get what’s going on:

I was a little surprised, as I am sure were all broadcasters, to read the claim that Pandora is operating under a "radio licence" in Australia and is not a streaming service. As far as we are aware that is exactly what Pandora is - a streamed music service. Radio licences are issued by the Australian Communication and Media Authority (ACMA) for free to air broadcast radio (analogue and digital). Pandora is not a broadcast - it is a streamed service and as such does not have a "radio licence". 97% of Australians listen to free to air broadcast radio which provides a wide variety of live and local free to air services (often to hundreds of thousands of listeners live in the same high quality at the same time). Listenership to radio is healthy and in fact has shown growth in the past few years. Listeners have also embraced broadcast digital radio (DAB+) with around 12% of radio listening in the 5 capital cities already being done via DAB+ broadcast radio. We don't see Pandora as being in the same space as Australian radio - radio is more than just music. Rather, like all other streamed music services, we see it as complementary.

The point I was trying to make is that Pandora is not an “on-demand” music streaming service, like some services in the market. We’re a personalised radio experience. Our users don’t choose individual songs, nor do they create playlists. That’s why we compete in the radio space, not the streaming on-demand music space. Pandora’s unique Music Genome Project is the magic behind listeners being able to tailor their own Pandora stations, and sit back and enjoy the music. Our continued growth shows personalised radio is fundamentally changing the way people are choosing to listen to music and represents a tremendous opportunity in the mobile space, with so many mobile device users in the local market. We’re redefining the radio experience because users can enjoy their music on a platform that is easy to use, explore, discover and share.