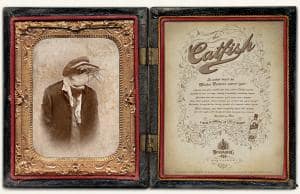 Leo Burnett has won a Grande at AdFest for its Bundaberg 'Catfish' campaign.

Leo Burnett Sydney and Clemenger BBDO Sydney have picked up Grande awards on the second night of AdFest in Thailand.

Leo Burnett won the Grande in the Press category for its 'Butterfly', 'Catfish' and 'Pig' campaigns for Bundaberg Red. The campaign also picked up two Silver awards in Press Craft . The agency also won a Bronze in Design for work on Smirnoff, a Bronze in Film Craft for Johnnie Walker and a Silver in Film Craft for Bulleit Bourbon.

Clemenger BBDO scooped its Grande in the Interactive category for its 'Mimeisthai' for TedxSydney, for which it also won a Bronze in the same category.

The Direct, Effective, Promo, Outdoor, Radio, Film, Integrated, and other special awards will be announced tonight.