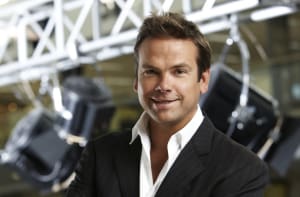 EXCLUSIVE: Lachlan Murdoch has the Nine Network squarely in his sights for the 2012 revenue and ratings battle – the broadcaster’s acting chief executive told AdNews this week that Ten will surpass a 30% audience and revenue share next year and the Nine network will struggle most with Ten’s 2012 programming slate.

“We will certainly achieve over 30% revenue share next year,” he said.

Murdoch said the intense focus on the poor performance of The Renovators had distracted the market from audience growth for Ten across all key demographics and timeslots this year. Asked when a decision on the fate of Renovators would be made, Murdoch said: “It will be over the next few weeks.”

With just over two months to go in the chief executive chair until former Seven sales boss James Warburton starts, Murdoch is currently embroiled in the crucial annual advertising rate and volume deals with media buying groups and major advertisers. Murdoch has told some in the market that Ten went a few weeks too early with its programming “upfronts” presentation in August in a bid to pre-empt 2012 programming leaks. He has also intimated Nine would be too late unveiling its programming plans sometime in November and was in trouble.

“From 7pm, which is after the news hour, we out-perform Nine across every single demographic and that is not well understood in the market today,” he said.

Murdoch said: “There is absolutely a mismatch in perceptions. There has been a great deal of focus on Renovators’ under-performance and a great deal of ink spilled writing about it. Since Renovators has come off, our ratings have bounced back very strongly. We have never spent as much money as we will next year on new programming across all of prime time, but also very significantly breakfast. Breakfast for us has been cartoons. We effectively have three new hours of TV we’ve never had before.”

Murdoch said Ten had resisted the temptation to bring forward 2012 shows for the December quarter to help in the rate and volume deals.

“These are not conversations in a pub. We’re at the beginning and midway though [2012] negotiations.”