JWT goes back to the future with James Walter Thompson name 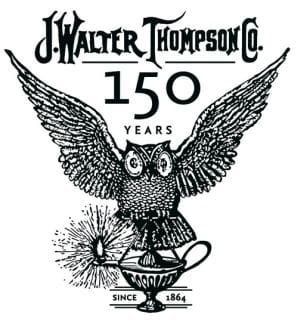 JWT's Aussie driven rebrand is being reversed as the agency network looks to take back its James Walter Thompson name later this year.

It is reclaiming its original moniker to coincide with its 150th anniversary, a decade after adopting JWT.

Craig Davis, the Australian creative who was behind the rebrand and the agency's new philosophy back in 2005 during his time at JWT London didn't have anything to say on the recent developments when AdNews spoke to him this morning and wouldn’t be drawn on his thoughts on the revival of the James Walter Thompson name.

At the time of the rebranding to JWT, Davis said the essence of the new agency name was Juniper Wheat Tabasco, which also made up the colours of the new logo.

The agency was trying to get away from being seen like a blue-hued “financial-institution”. Its global agencies celebrated the new name with a host of bizarre rituals. The London agency gathered at the Royal Court Theatre for a minute silence for the founder "Commodore" Thompson and made a christening cake for the new agency.

In an interview with the British paper The Independent he said: "The need for change is pretty simple," he says, sitting in his fifth-floor office. "The world has changed: people's attitudes and interests are richer and more diverse. The first acknowledgement needs to be that we cannot create advertising that simply competes with other advertising. We need to compete with the reality, with other entertainment such as news and sport, and other content."

John Gutteridge, CEO of JWT Australasia told AdNews this week there is no change at present for the local offices but that information about the 150th celebrations would emerge shortly.

The change was originally revealed in the New York Times earlier this week after WPP boss Sir Martin Sorrell spilled the beans at a breakfast hosted by the Wall Street Journal.