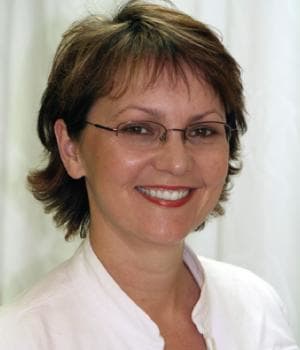 Gender diversity has been identified as a low priority for the industry despite the fact women hold only 26% of management roles in agencies, according to The Communications Council.

The Communications Council’s Gender Diversity Working Group has embarked on a three-stage research project to better understand the impediments to gender diversity in the industry. The first stage involved qualitative research conducted by D&M Research in sessions with chief executives and human resources personnel from small and large agencies.

Preliminary results showed agencies believed the issue of gender diversity was ‘too hard’ to tackle. Three main themes stood out from the research: a lack of awareness of the commercial benefits of gender diversity in management positions; the issue’s low priority; and increasing client demands that staff are available 24/7 which disadvantages women who also have family commitments. Respondents nominated concerns about women’s commitment levels, especially in tension with external factors, hampered promotions or ambition perceptions.

Loud chief executive and Gender Diversity Working Group spokesperson Lorraine Jokovic said: “The indication we are getting from this research is that the lack of priority for this issue, springing from a lack of understanding of the commercial imperative of gender diversity, coupled with the challenges of the anywhere, anytime agency environment, create a setting within which we’re seeing leaders grapple with retaining women.

“We think that’s unfortunate for both leaders and women of all levels of experience, as we are convinced that attracting and retaining female talent in the industry will help us be more creative and competitive.”

Global studies from firms including Catalyst have consistently shown a correlation between better financial performance and greater female representation on boards.

The Boston Consulting Group’s Shattering the Glass Ceiling report found senior management positions held by women globally came in at 21% while chief executive roles were only 9%. The study also unveiled a lack of commitment from chief executives, while a ‘male-oriented’ selection criteria and male-dominated culture at the top were often cited by respondents as roadblocks to gender diversity in senior roles.

The Communications Council chief executive Margaret Zabel said: “These preliminary findings highlight the real challenge our industry faces in terms of culture and agency models not being conducive to women rising up in the ranks.

“However, having these insights means we can now focus on the practical initiatives that will enhance agency culture in our industry. We know that there is a real desire to support and enable such schemes, so we will be looking to put those forward to assist industry leaders drive change.”

The Gender Diversity Working Group will now move forward with quantitative research with an online survey open to people in the industry across all levels as well as students looking to join the industry.

The federal government is set to pass an update through parliament this year to what will now be known as the Workplace Gender Equality Act 2012. Among the changes to the new legislation will be a requirement for employers with more than 100 staff to report on the composition of their boards.

This article first appeared in the 5 October 2012 edition of AdNews, in print and on iPad. Click here to subscribe for more news, features and opinion.