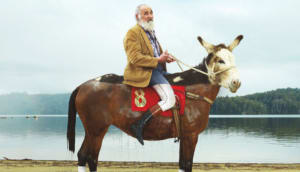 EXCLUSIVE: Nearly 16 years after the iconic Mojo advertising name was rescued by a small circle of Australian and New Zealand industry executives who took a 40% stake in the group, it's now about to fall entirely into French hands.

The Paris-based communications giant, Publicis, is set to finally realise its long-held ambition for outright control of Publicis Mojo and its ZenithOptimedia media unit. Negotiations are under way for an estimated $50-plus million full takeover of the Australasian group from the team that took a large equity stake when the then US-based Chiat Day / FCB offloaded the struggling agency to local executives and Publicis in 1996.

It has estimated earnings of around $10 million off revenues in the $85 million range. Wills is the single largest local shareholder with Nicholas Davie and Belinda Rowe two other co-owners from the original group who remain with stakes. Ric Otton, who left the company last year, was part of the original local equity group.

Publicis Mojo management would not speak about the developments.

There was some conjecture that Belinda Rowe - the former managing partner of ZenithOptimedia here - may be returning from a global role in London but that has been played down by company insiders. There was also suggestion Wills' exit was imminent but that too is said to be unlikely with the equity buyback involving an 18 months to two year earn-out period for the local shareholders.

The move follows Clemenger's famed structure of local staff retaining majority control of the company ending last year when they sold out to New York's BBDO. Clemenger staff retain a small stake in the Australian and New Zealand operations.

Further details on the Publicis Mojo deal are still to emerge but one observer commented: "Despite what anyone says, the industry depends on entrepreneurship and these guys are good entrepreneurs. It's the guys at Mojo, BWM, BMF, Host and The Monkeys that create jobs and opportunities from nothing and that's what makes this industry go around. Entrepreneurs create opportunities. Big multinationals don't know how to do it so they buy them."

This article first appeared in the 27 January 2012 edition of AdNews. Click here to subscribe for more news, features and opinion.